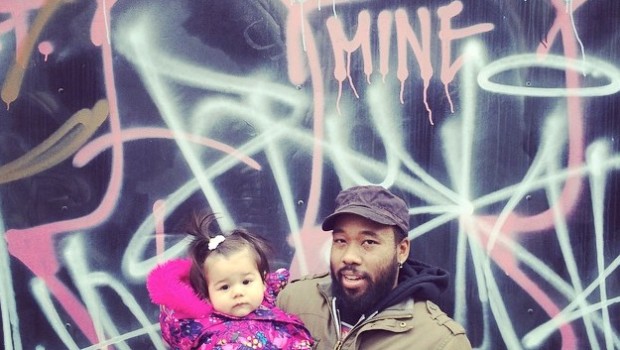 Everyone warns you that having a young baby in your life will involve lots of bodily fluids and little sleep. You’re warned about toddlers and their seemingly endless source of energy and how you have to be sure to tire them out. In some ways those things haven’t seemed so bad since I was prepped to expect them.

No one warned me how difficult it would be to stay connected with the arts and activist communities I used to share with child-free friends. There’s general sweeping statements of how your life will change forever. But somehow I was completely unprepared for the level of inaccessibility to communities I had previously been a part of.

Full disclosure: I’m not someone who ever dreamed of having a child. My daughter was a delightful surprise, but one I can’t imagine living without now. When my partner and I discovered I was pregnant, one of our many conversations amidst the flurry of panic and excitement was about our commitment to our art practices. No matter how hard it was, we would not stop being artists.

We were determined to not to become parents whose lives only centered around their children, not as judgement against those people, but because we knew we wouldn’t be happy. And I have to say, we did a pretty good job all things considered, and both completed major creative projects in 2014.

Despite our ability to continue on with our art practices, we both still felt disconnected. My social options were suddenly minimal after having a kid. I receive invitations from friends, well intentioned and in the spirit of inclusion, and over and over again have to ask them: is there childcare at this event? Is there a space set up for kids?

I no longer can go to workshops on filmmaking, join a writing group, attend literary salons and poetry readings, or board game night at a friend’s–because there is no space for children made.

I can go to mommy groups and talk about breastfeeding, poop, or how tired we all are. But that doesn’t feed me. I don’t feel whole or alive in those spaces. And, they are segregated spaces for parents only.

I describe my cultural background as “kebab, grits and kale”–I am an Iranian-American, raised by hippies in the U.S. south. I grew up in communities where intergenerational connections were strong, and where I was able to witness adults as whole people who were fun, and a little crazy. They were people who danced, recited poetry, made jokes, and cried. When someone threw a party, there was always a room set aside for the kids. The older kids took care of the younger ones. It’s how I learned to take care of babies from a young age and eventually started babysitting.

I hoped to be able to offer the same experience to my daughter.

Whenever I talk about this to people, I manage to strike a nerve one way or another. On and off-line, I’ve experienced a wide spectrum of being shamed, praised, challenged as well as the receiver of many sad confessions of similar feelings of isolation.

One of the consistent things that emerges from these conversations is a repetition of iterations of the word “choice.” I choose not to have children, so I shouldn’t have to make space for yours. It was your choice to have a child, so you should just accept that you have to prioritize them first.

The undercurrent to these discussions is: children are a burden. Some people are saying it’s one they don’t think they should have to carry. Others, that it was one that if I’m a “good mom” I should be willing to sacrifice my interests and desires fully for.

The question on my mind now is: has the medical technology of birth control and insemination made us into individualists? Is the ability to “choose” now a pass to not be interested in supporting the inclusion–and liberation–of all people? (And by the way, it is not a choice for everyone in the U.S. as long as women’s reproductive health options are limited).

When did children stop being seen as a part of all of our existence and survival? Even if you are a dedicated self-identified radical, don’t you need more children to continue to carry out the revolution? And, we were all children once. Why isn’t it in everyone’s interest to want to provide more intergenerational spaces where children get to witness more of the world and connect with more people?

As someone who never wanted kids originally, I understand the resistance to “taking on the burden” of other peoples’ children. Culturally, most communities don’t respect peoples’ choices to not have children. People who choose to be child-free often feel marginalized. It’s further compounded with the weight of heteronormativity, patriarchy, and all the feelings of being devalued that come with them.

As parents, we can help shift that cultural tendency by taking actions that prioritize and celebrate the accomplishments of friends without children, too, with the pomp and vigor that hetero-normativity celebrates baby-making. Buy cards and send flowers to friends who have art openings, cook food for community members when they have the flu, buy treats for their pet who is a beloved member of their family, throw themed parties.

Being in monolithic groups has never been how I moved through the world. Yes, some parents are all about their kids and that’s all they talk about. We’re not all like that. That’s hard for me too, even as a parent, because I mostly want to talk about art and culture and creative process. I don’t think I should have to give that up because I had a kid. That statement has proved to be more controversial than I could have imagined

If I work toward creating a world where you aren’t burdened with the expectations of having children, can you work toward one that allows me, and my child, to be included?

Sara is a curator of film, visual art and new media and for over a decade has produced film screenings and exhibits in the Philadelphia area. She has worked as a consultant with Independent Television Service (ITVS) and with individual independent  filmmakers on their engagement and outreach campaigns. Currently, she works as a Social Media Specialist at American Friends Service Committee (AFSC). A MFA graduate of Temple University, her own short films have screened internationally and been awarded grants from Chicken & Egg Pictures, Rooftop Films and the Leeway Foundation. In Spring of 2015 she released her first webseries, Bailout, which she wrote and directed. 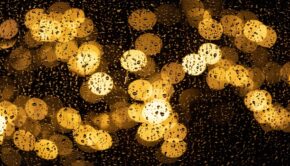 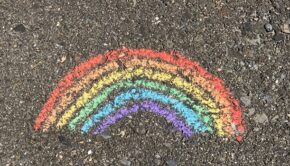 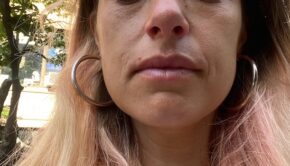 6 Responses to Whose Burden? by SARA ZIA EBRAHIMI