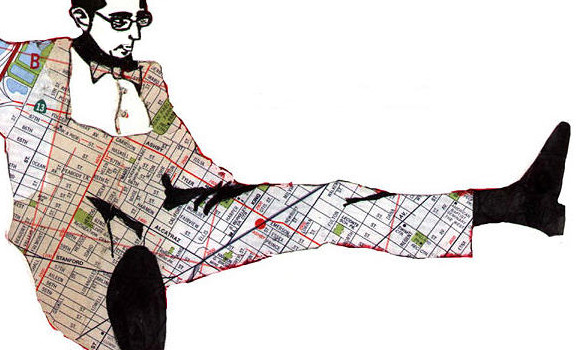 When Miriam Klein Stahl contacted me to inquire if Sister Spit Books, the publishing imprint I edit over at City Lights, might be interested in putting out her feminist kids’ book collab with writer Kate Schatz, I might have whooped out loud. I definitely did a little dance. Miriam’s graphic paper-cut artwork has been a sort of visual soundtrack to my queer, polticized life in the Bay Area; I’ve been enjoying her portraits on flyers and t-shirts and friends’ tattoos for years and years. I’ve dug Kate’s writing since reading her spooky novella Rid of Me, based on the PJ Harvey album and published on the uber-cool 33 1/3 music press.  That both of them spend their days teaching writing and art to teens in the East Bay makes them even cooler, and that they merged their superpowers in the name of feminism just made me lose my mind. Their collaborative tome, Rad American Women A-Z is an unpredictable romp through a truly surprising, diverse and entertaining roster of women famous and obscure, living and dead, all with an accompanying papercut portrait to make their status as icon complete. At this typing the book is not even ‘officially’ available, yet has sold out its first print run after a media love blitz everywhere from Hip Mama to Teen Vogue. The book is a fascinating read from everyone from ittle bittle babies, who are dazzled by the popping colors and graphic design (srsly, my 5 month old digs it) to 4 year olds at story time (like my little friend who dozed off with dreams of Angela Davis and the Patti Smith dancing in her head) to six year olds honing their reading skills (my niece found the Grimke Sisters especially compelling) to basically every adult jazzed to be reminded of Carol Burnett’s trailblazing-ness and learn that the ‘Apgar’ of the Apgar Test was a woman. ANYWAY, enough from me. Let’s hang out with Kate and Miriam! And for those of you in the Bay Area, come hang out with the two of them live and in person at their City Lights book party this Saturday, March 28th at 12:30. Bring some clothes with you because Miriam will be silk screening images from the book on t-shirts and jean jackets and baby onesies! – Michelle Tea

MUTHA: Who were some women that you were obsessed with when you were younger – like really little, and middle school, and as a teenager?

Like middle school: Tabitha Soren, Murphy Brown, Weetzie Bat, Tori Amos, Winona Ryder, anyone depicted in or involved with Sassy, Laura Palmer.
Like high school: Kathleen Hanna, everyone in Bratmobile, Bjork, Ani DiFranco, Madea Benjamin, Judi Bari. And still Tori Amos.
MIRIAM KLEIN STAHL: When I was 10 I use to sit in the drivers seat of my moms car and listen to a Joan Jett and the Blackhearts cassette and pretend I was driving around San Pedro with Joan in the passenger seat.Middle school I was all about Poly Styrene of the X-Ray-Spex and Exene Cervanka of X.  I guess that was my x period.High School I was really into punk rock, which was mostly dudes. And skateboarding, also mostly dudes. Thankfully riot grrl came around for the generation after me.

MUTHA: You both have daughters – did you turn to them at all for feedback while putting the book together? Did you have conversations about the book?

KS: I definitely had conversations with Ivy about what I was working on, and I would show her the pictures as Miriam created them. And when I was doing research I’d let her sit with me at my laptop and look at the pictures of different women I was reading about. I bought/checked out a lot of related books during my research as well, so there was a lot of reading books about women happening.

MKS: My daughter Hazel hung out in the studio with me while I was making most of the papercuts. She helped me come up with the women for x and posed for my drawings.

We have conversations about the book at bed time. Hazel will choose a letter and we will read about that woman and then talk about her.  Her favorite so far is Yuri Kochiyama.

MUTHA: Who are some women your kids are obsessed with right now?

KS: I just asked Ivy, who’s five-and-three-quarters, to answer this, and she said “You. And Miriam.” And then she listed all her friends. Then she said “And Maya Lin. And Jack London” and we discussed how Jack London is cool, and also a dude. She’s pretty obsessed with the soundtrack from the new Annie movie. Taylor Swift too. And when we read Girls Who Rocked the World she’s super into the Trung Sisters, these ancient Vietnamese warrior sisters. And Fancy Nancy.

MUTHA: Have you been in touch with any of the living women you feature in the book? What has that been like?

KS: We’ve had very wonderful online communication with Kate Bornstein, who is thrilled about the book, and with Miriam’s illustration of her. It’s been so great to hear her reactions. We’re sending books to all of the living women, as well as the families of some who have passed, and I’m eager/freaked out/excited to hear what they all think. Yuri Kochiyama’s daugher and Wilma Mankiller’s family have been very supportive also.

MKS: Kate and I were lucky to go see Dolores Huerta speak at the High School I work at.  She is a total bad ass. She is 84 years old and still agitating for change.  Her current focus is on getting gender neutral bathrooms in schools in the central valley of California.  We gave here a totebag with the image of her from the book and a pdf of the book. A few days later she sent us a lovely blurb about the book.

MUTHA: If you could go back in time and hang out with one woman in your book, who would you pick right now?

KS: I would go for a crazyass barmstorming plane ride with ‘Queen’ Bessie Coleman.

MUTHA: Is there anything happening in feminist culture right now that you’re particularly excited about?
KS: That it’s existing and persisting in such a highly visible way. That trans people and issues are part of the conversations more and more.  That white feminism gets called out and critiqued online and IRL. That there are so many amazing bold writers like Lindy West and Brittney Cooper and Mallory Ortberg and Mia McKenzie generating necessary and fucking smart content. But really I’d say that my high school students make me excited, because so many of them are proud and outspoken feminists, and even the ones who aren’t regularly use words and phrases like ‘rape culture’, ‘slut shaming’, genderqueer’, etc, in conversations that are super smart and righteous. The future!
MKS: Yeah, I am excited about men becoming Feminist and challenging rape culture.  Also, women on college campuses speaking out against patriarchy and all women on the street fighting back everyday against misogyny.

MUTHA: At what point in your younger lives did you learn about feminism, and how? When and how did you come to identify as a feminist?
KS: I really wish I could remember the moment when I first heard the term and understood/identified with it. I grew up with hippie parents in a very matriarchal family, so women and women’s voices always felt heard and supported to me. But my parents weren’t overtly political, so I kind of developed this intense political consciousness on my own, mostly aided and abetted by the local library where I would scan the shelves for books about animal rights and the environment. I cultivated a general lefty activism around 11 or 12, and I was pretty intense. I had a giant NOW poster in my bedroom and I would write letters to PETA asking them to send my fliers to distribute at my middle school.
​
It probably wasn’t until high school when I declared myself a feminist, and I probably did it loudly, from the back of a boring History class, while wearing vegan Birkenstocks and an XL pro-choice t-shirt.
MKS: My mother and grandmother opened a women’s clothing store in the 1970’s called Ms. Fashions. They would buy seconds in the garment district of Downtown L.A. Designer clothes that would be missing zippers or had big holes. My grandmother would patch everything up, Jordache Jeans with a big strawberry patch covering a hole in the crotch. My mom was often gone at night working with many feminist non-profits and consciousness raising groups. I have always identified as a feminist and was lucky to have Feminist role models in my family, like my great aunt Doris, who came on a boat by herself from Russia when she was 11. She never learned how to read but could make anything with her hands.  She taught me how to draw and though I am grateful for words I am most comfortable with pictures.

MUTHA: In your feminist utopia, who would be Hilary’s running mate?
KS: In my feminist utopia Hillary is not running for President.
MKS: Drag Queen- Joan Jett Blakk. She ran for mayor of Chicago and San Francisco and for President in 92 and 96 under the political party Queer Nation.  I would have her and Leslie Knope as co presidents and Hilary could be their Vice President.

MUTHA: What are you working on next?
KS: EVERYTHING. (In my mind) Miriam and I are planning a ‘Rad Women’ series…Not sure what’s next but we have ideas! Rad Women of Science! Rad Kids! We’ll see… Also I’m writing a novel for grown-ups about maternity homes and secret adoptions in 1968 San Francisco, and a YA novel about witchcraft, sexual assault, and high school.
MKS:Rad events wordwide a-zRad women wordwide a-zand maybe making feminist skateboard decks
Don’t miss the Rad American Women A-Z book party at City Lights, Saturday, March 28th!
Kate and Miriam are on tour with Sister Spit, March 31st – April 15th! For Rad American Women Events in a city near you, check out RADAR Productions!

Michelle Tea, Founder of Mutha Magazine, is the author of a novel, four memoirs, including How to Grow Up, a collection of poetry and a Young Adult Fantasy trilogy beginning with A Mermaid in Chelsea Creek, published by McSweeney’s. She is founder of RADAR Productions, a literary non-profit that runs the international Sister Spit performance tours, among other things. 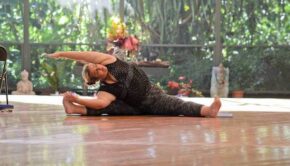 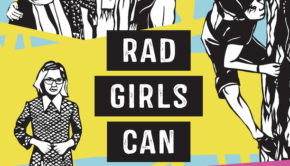 RAD GIRLS CAN!—Kate Schatz and Miriam Klein Stahl’s Guide for How Awesome Girls Get Into It → 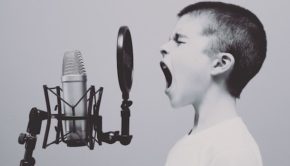 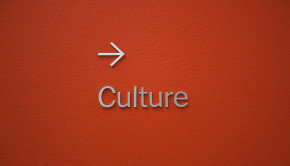 ASK A MUTHA: What’s the Good Stuff? A Reading/Watching Picks List for 2015 →