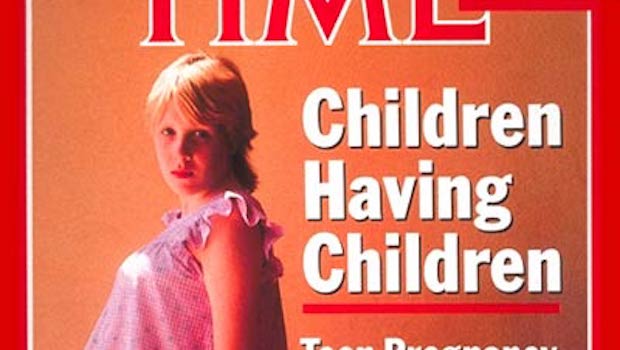 Recently, my sixteen year old son and I went out to dinner at a local pizza place. Homework-free evenings are increasingly rare these days, so we lingered over our food, talking and laughing; we even ordered dessert. At the end of the meal, the waitress approached our table. Looking first at my son and then at me, she asked, “How would you like to split the check?”

Split the check? This was the first time we’d gotten the question. Aside from the occasional waiter who jokingly hands the bill to my kid, the assumption is that I’m the one picking up the tab.

“Just one check, please,” I replied. It wasn’t until later, piecing together other context clues from the evening, that I realized why she had asked that question; once I did, I had to laugh.

Over the years, I’ve been mistaken for the babysitter, the nanny, and the big sister more times than I can count. That night at the restaurant, I entered new teen-mom territory: the waitress thought I was my son’s date.

This story isn’t meant to be a humblebrag (trust me, I don’t look like someone who should be dating teenagers). I tell it because it sums up something essential about my experience of motherhood.

I found out I was pregnant at the tail end of my high school career. Just a few years earlier, Bill Clinton had identified teen pregnancy as the nation’s “most serious social problem.” The newly-formed National Campaign to Prevent Teen Pregnancy agreed: “The number one symptom of erosion in family cohesiveness is the spread of teenage pregnancy.” At the same time, conservative politicians and talk show radio hosts promoted “family values,” with very narrow ideas about what kind of family was valuable. Knocked-up teenagers definitely weren’t on that list.

Before I had a kid, I didn’t care much about the opinions of others. I dyed my hair pink, listened to punk rock, and rolled my eyes at everything those conservative talk show hosts had to say. But as my pregnancy became visible, I started to feel pressure to fit in.

As I read everything I could get my hands on about pregnancy and parenting, a clear picture emerged. Ideal parents were those who had carefully planned their families; they were established and successful, with college degrees, big houses, and good jobs. Good moms waited. By those standards, my shotgun wedding, tiny apartment, and high school education didn’t quite measure up.

The desire to be taken seriously as a parent weighed heavily on my eighteen-year-old shoulders. After my son was born, I gave my combat boots to the thrift store and swapped the Misfits album in my CD player for Raffi. I needed to prove that I was fit to raise this tiny, wise-eyed baby. Maybe I’d get less dirty looks if I tried to blend in.

Motherhood ignited a fierce determination in me. When I looked in the mirror, the girl who stared back was tired but happy, ready to take on the world with a baby on her hip. Even when I squinted, I couldn’t quite see what made me the nation’s biggest problem.

The rest of the world saw me differently: cheap, trashy, uneducated. I didn’t fit the conventional image of a “good mom,” so I must be something else.

Despite my attempts at respectability, labels and assumptions seemed to follow me everywhere I went. At the doctor’s office, nurses frowned as they flipped through paperwork: “Are you the nanny, or…?” At the store, older women smiled at my baby before admonishing me in singsong tones: “You sure do look young, Mom…” In college, flipping through the textbook for my Social Problems class, the words “Teen Pregnancy” caught my eye; my life was neatly categorized as a social ill right there in black-and-white, sandwiched between “Drug Abuse” and “Youth Gang Violence.” When I went for walks near my apartment, pushing my son in his stroller, catcallers pursued a new angle: “You need a daddy for that baby?”

I quickly learned that parenting on the margins means operating under a different set of societal rules. The standards – and the stakes – are often higher.

An average-age parent who gets a sitter and takes the night off from parenting is practicing self-care; a teen mom who does the same is lazy. A toddler with muddy hands and grass-stained pants is healthy and active; if a teen mom’s toddler isn’t spotless, she’s neglectful. Kids bicker and resist sharing, but when the kid who’s hogging the dump truck at the playground has a teenager for a mother, he becomes a deviant by association: bratty, aggressive.

Once, while he was learning to walk, my son fell and hit his cheek on a sharp corner, leaving him with a nasty black eye. I feared a knock on the door from CPS long after the bruise had faded. Unfit.

Another time, I went to a birthday party for one of my son’s preschool classmates. The kids ran and shrieked happily while the parents hung out in the kitchen, downing margaritas mixed in a blender that cost more than my rent. I was tempted to join them, but one look at the glittering pool in the backyard told me that I couldn’t let my guard down; that would be irresponsible. Picturing the headlines: Drunk 22-Year-Old Mother Parties, Kid Drowns. I sipped on a juice box instead.

All that time and energy wasted trying to be good enough, as I silently, subconsciously waited for some kind of approval that never came.

As a teen mom, I figured there must be a magic age that would make me acceptable. Maybe twenty, when I’d no longer be a teenager; maybe twenty-one—when, after three years of living as an adult and being responsible for another life, I’d be old enough to legally buy a beer. Perhaps twenty-five, when I could rent a car or a hotel room? Still no? Definitely thirty, then. After all, plenty of thirty year olds have kids.

Those birthdays have all come and gone, but I keep getting the same weird looks and comments. Gradually, I’ve realized that although I might finally be considered ‘old enough’ to be a mom (an arbitrary line in the sand that keeps getting pushed further and further out), I’ll never be old enough to be this kid’s mom.

When I tell people that I have a kid now, their faces no longer register surprise right away. That comes later, when they find out that I’m not parenting a toddler or a preschooler, but a 6-foot-tall high school junior. That’s when some people stop seeing me as a fully formed human and start seeing a one-dimensional image in their heads instead, ripped from the headlines and bad made-for-television movies: low-class, careless, ignorant. Babies having babies.

All those years I spent chasing respectability, and as it turns out, I might as well have kept those combat boots. Fortunately, I stopped waiting for others to see the value in my family a long time ago. I didn’t find my strength and my voice by making myself smaller to try to fit restrictive standards of acceptability. Instead, I had to reject that narrative to write my own.

Society’s definition of what it means to be a good parent has evolved and expanded since I became a mom, but some things haven’t changed. Teen pregnancy continues to be stigmatized, and teen mothers are still pushed to the margins, chastised and pigeonholed. Our experiences are either ignored in mainstream parenting culture or held up as cautionary tales. When teen parenthood is discussed, the ones telling our story usually haven’t lived it.

As a new mom, I hungered for stories by girls like me: girls throwing up in school bathrooms due to morning sickness; girls whose purpose grew along with their bellies; girls who held their heads up despite the stares and comments. Artists and dreamers, students and nurturers, hard workers and rebels, wise beyond our years. I wanted to hear stories about eating for two in the high school cafeteria and waking up before the baby to write college papers. What it’s like to navigate through young adulthood with a toddler by the hand, or to have an empty nest by 33. And I longed to hear from those on the far side, too: grown-up teen moms, still mistaken for the big sister at 40 and 50 and 60.

Shame can’t survive in the face of honesty and compassion. By telling our own stories, we add a counterbalance to the ones told about us. This essay is the start of an ongoing collaborative column, which I’m calling “Teen MUTHAs Rise UP!,” a place where nuanced, honest representations of our diverse lives replace the tired stereotypes found elsewhere in the conversation on teenage pregnancy and parenting. My hope is that this column will give current and former teen parents a seat at the table and provide a place for our voices to be heard. If we all speak loudly enough, maybe we can drown out the whispers that follow us – ignorant, trashy, unfit – and replace them with something else: Strong. Determined. Badass.

Jen Bryant is a writer, perpetual student, and stray cat whisperer. Her work has appeared in Ms., BUST, The Sun Magazine, Hipmama, and elsewhere. A native of the South, she currently resides in the Midwest. Jen is an editor at MUTHA Magazine and the founder of the Teen MUTHAs Rise Up collaborative column. 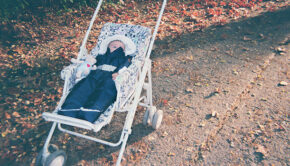 Chronicle of a Trip: Part 2, Kaputt → 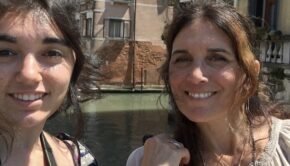 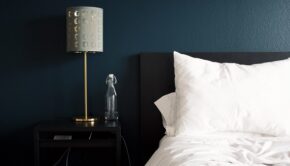 My Brain on Bedrest → 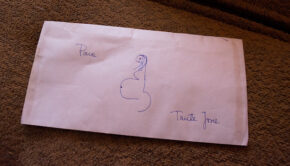