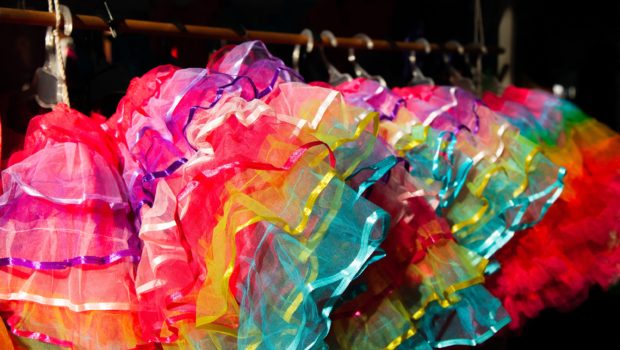 Reaping the Dresses We’ve Sewn: On Gender and the Urge to Extrapolate

The adoption agency my partner C.C. and I worked with didn’t allow parents to choose the sex of the baby they’d adopt, and I didn’t have a preference anyway. I imagined that raising a boy would be a grand if slightly frightening adventure. I imagined it would be easy to climb inside a daughter’s every heartbreak, the way my mom had in mine. But oh, the clothes!

Dash is three and a half now. Raising him is a grand adventure, and I climb inside his heartbreaks.

Before Dash, I did not know the difference between a bulldozer, a tractor, an excavator, and a skid steer. I inherited my own mother’s ability to lean in—it’s more like a gravitational pull—to things that pique my child’s interest. I have discovered the beauty in airports and bridges and baseball and the beach. (I grew up in a beach town, but managed to maintain a pasty glow all through high school.)

Between Mighty, Mighty Construction Site and The Seals on the Bus, I read Dash books with female protagonists, because as important as it is for kids to see reflections of themselves, acceptance grows out of seeing the other as not-other.

Enter Lesléa Newman’s Sparkle Boy, about a male-identified toddler who loves glittery nail polish and twirly skirts. After a few dozen readings, Dash asked for a skirt, and I bought him a purple tulle skirt with a gold elastic waistband.

I wondered if I was enacting some kind of gay-agenda inception. He’d never expressed any desire to wear “girl” clothing before. He’d never shown much interest in clothes, period, beyond rejecting stiff fabric.

The skirt went in his dress-up box, alongside his pirate hat and train engineer overalls. That itself was a choice. We were in effect saying You can wear this, but it’s for pretending; it’s not who you are.

He decided to wear it to school for the first time a couple of weeks ago, with a bulldozer T-shirt and a South x Southwest hoodie. He looked awesome. I took pictures.

On Saturday, at Target, he ran up to me carrying a sea foam-green dress with a flouncy skirt and a picture of a pink troll from Trolls.

“Look what I found! Can I have this?”

“That’s a really cool dress. But it’s not your size, and it’s kind of a lot of money. Let’s see if we can find a dress in your size that costs less.”

I gave him three choices, and he chose one with a pink tulle skirt and gold polka dots.

At home, he wore it with half of his Halloween costume—an airline pilot shirt and cap. I Instagrammed a picture with the caption “How to rock a Monday” and left for work, wondering if he’d end up wearing that ensemble to school.

While my Instagram photo racked up likes, a knot of discomfort grew in my stomach. I want to live in a world where boys wear dresses. I’ve been working, in small ways, to create that world for most of my adult life. If my boy tells me he is a girl, or a boy-girl, I don’t want to miss a beat in supporting him, or her, or them.

But when C.C. texted me photos of the two of them riding the train after school that day, I was relieved to see that he was wearing a T-shirt and shorts. And my relief was followed immediately by shame.

It took C.C. and I years to become parents, and I often wondered if I was fundamentally unworthy or unfit to be a mom. A real woman would marry a man and have functioning ovaries, my internalized homophobia whispered. When considering the possible trans-ness of my kid, the same very small voice said, See, this is what queers do. They make more queers.

I think every parent deals with some version of this. You build a life for yourself—you like some parts and don’t like others—and you bring another human into it. When it becomes clear that this human is really, really living in the world you half created, half fell into, you wonder if they deserve better, or different.

I worry, too, that my dress-wearing boy will be seen as some elitist affectation. Another white urban liberal who has the privilege of flaunting social norms. (Of course, the fallacy that gender-blurring is just for NPR junkies who see therapists conveniently serves anti-gender-blurring factions. Everything your local hipster does, Sylvia Rivera did backwards in heels.) My answer to myself is this: Isn’t that the best use of privilege? To use whatever safety and comfort you have to blaze a path that can eventually be walked by anyone who needs it?

I relayed my discomfort to my therapist. He once told me that as a long-haired gay kid in growing up in the 1970s, he was often mistaken for a girl, but never felt like one.

“The world is not at all safe for trans people,” he said. “It would be crazy not to feel some fear in considering that possibility.”

He also reminded me that, at three and a half, clothes are more about expression than gender expression per se.

I have always loved observing life’s gray areas—the simultaneous truths, the apparent paradoxes—but I’m not great at living them. I like my boxes checked. Boy box, girl box, nonbinary box; if any of those was checked, I’d have my marching orders.

My personal hell is waiting for medical test results, a form of hypochondriasis that blossomed when I was briefly pregnant, and which continues when I go for semiannual cancer checkups. Am I having a kid or not? Do I need to start a 401K or write my will? I just want to know, I tell myself, as if all possible answers are equal. As I wait, I try to Google reassuring statistics, and inevitably end up in a black hole of academic studies, trying to glean my future from the tealeaves of executive summaries.

It’s the same impulse that makes me want to ask Dash repeatedly: Are you a boy or a girl? A little of both?

Instead, I have to hold the idea of gender lightly, which is the true work of reforming our ideas about gender. We’re not just adding boxes to the checklist. We are dissolving boxes, or at the very least, writing in pencil.

C.C. sent me an update from the train Monday night: “Dash just got a fist bump from the popo in Highland Park at Gold Line stop. He called the officer ‘popo’ like four times, but luckily the announcements were loud enough to drown him out.” She closed her text with a cop emoji.

She taught him the word “popo” when he became enamored with an episode of the YouTube/Amazon show Blippi, in which a police officer investigates Blippi’s stolen lunch (spoiler alert: the thief is a raccoon). I hope this means that, should he choose a career in law enforcement, he will become a detective; Jill Leovy’s book Ghettoside convinced me that poor communities of color need less stop-and-frisk, more actual crime solving, so that justice—real justice—would be meted out by the state and not the streets.

This is what I do best: I extrapolate.

My extrapolating brain understands that what is cute and funny in an almost-four-year-old—wearing a dress, taunting cops—could be deadly for an older boy.

On Tuesday, Dash wore his Incredibles pajama shirt to school with his flouncy purple skirt.

A boy named Nico sidled up to him and said, “Hey, I have that same shirt.”

A teacher I didn’t recognize, a middle-aged Latina woman, scooped Dash up for a hug and said, “Dash, I love your tutu!”

This is the world I sort of made, sort of fell into. I’m hopeful. 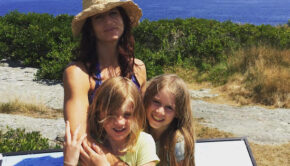 I Came Out to My Kids By Accident → 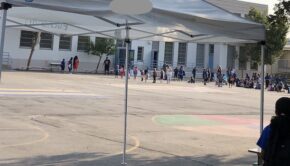 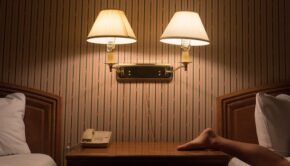 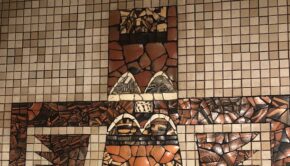