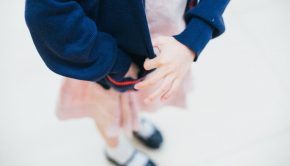 They Point at Her Face and Whisper

Her tumor stood between us and the rest of the day

When my daughter was about four years old, another child told Arden her face was fat. I cannot begin to

Craig Pomranz on MADE BY RAFFI

Made By Raffi, my children’s book with illustrator Margaret Chamberlain, was inspired by a true-life incident.  It is the story of a