Get Your Swish On: Talking with LIL MISS HOT MESS about how THE HIPS ON THE DRAG QUEEN GO SWISH, SWISH, SWISH

Therz So Many Ways to Be: An Interview with Mor Erlich, Creator of SEZ ME and THE DRAGTIVITY BOOK

NBD My Child is Trans

I’m a mother with three young kids. My eldest is transgender. She socially transitioned at age five. Now that she’s

Chestfeeding. Autocorrect doesn’t know this word and changes it to chested. Chestfeeding was what my daughter Kit and I did 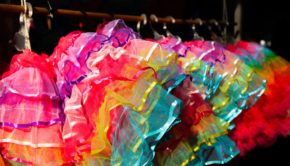 Reaping the Dresses We’ve Sewn: On Gender and the Urge to Extrapolate

The adoption agency my partner C.C. and I worked with didn’t allow parents to choose the sex of the baby