Nina Kabal is a designer and writer currently based in Berlin, Germany. She designs apps and websites, and has a passion for illustration and typography. She works as a freelancer for various clients and holds a BA in Interaction Design. She has been writing for various publications in Germany and has been blogging consistently for the last ten years about a broad range of issues such as expat culture, literature and art, politics and history, traveling, as well as gay and transgender rights and feminism. She is currently working on a young adult novel about a young woman slowly descending into depression and her obsession with crows in the absence of her well-travelled father. She loves traveling near and far, reading, cycling and considers herself a ‘foodie’. 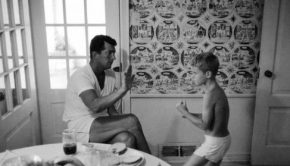 I’ve wanted to be a mother ever since I was a little boy. My sister and I had a doll