Jennifer Baum has a MFA in Filmmaking from the University of British Columbia, a certificate in Master Novel Writing from University of California Los Angeles, and a MTESOL from Arizona State University. Currently, she teaches composition to international students at Arizona State University. She has been published in the Village Voice, Canadian Jewish Outlook, The Jewish Observer, Mutha Magazine, Guernica Daily and NewFound, which nominated her creative nonfiction essay, A Different Set of Rules, for a Pushcart award. She is working on a full-length memoir about growing up in subsidized housing on the Upper West Side of Manhattan based upon her essay A Different Set of Rules. In addition, she is writing a novel about a cynical, damaged city girl who escapes to a summer job in a zealous Yellowstone church community, where she befriends a pious girl struggling with her own demons, and together they find what’s been missing in their lives. Her short films have screened in Havana, Seattle, Tokyo, San Francisco, Vancouver, New York, Toronto, and Ottawa. 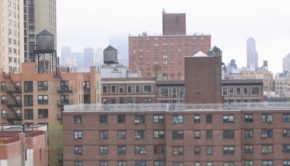 My mother never left New York. The city was her emotional, cultural, political, and aesthetic center. Her move from childhood 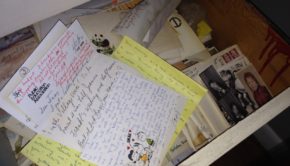 SHE LIKED TO SAVE THINGS: Jennifer Baum Shares What Her Mother Left Behind

My mother wasn’t a hoarder, but she liked to save things. Everything had a purpose, everything could be useful at 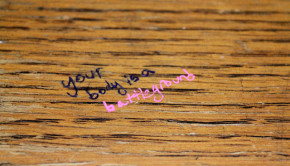 MINK COAT: Jennifer Baum on When Her Mother Came to Her Abortion

Alan and I walked into Planned Parenthood on 22nd Street in Manhattan at 11:30 Saturday morning. The place was overflowing