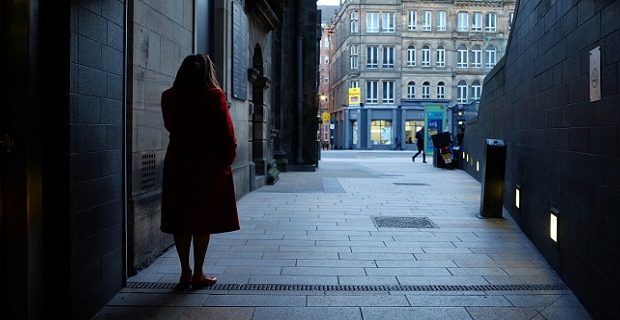 I wake up in my mother’s half of the bed—the bed she shared with my father, and later, perhaps, with Saul Blum. I imagine her boyfriend here, but actually, I don’t know whether Saul ever slept in this room—she always went to his apartment. I do know that he called her “darling,” which my father never did. After Saul died, in 2013, she began to call me “darling.”  It still startles me.

We have something to be thankful for: my mother gets out of rehab today. Today, my brother and I will finish sorting through and packing up her well-worn New Yorkers, spiral notebooks with puckered pages, medicine bottles, sweaters, and skin creams—everything she’s accumulated in three weeks at the convalescent home.  It’s been a month since her fall. In a way, she was lucky: she was lying on the bathroom floor, unable to move, with a broken hip, but my brother came home only twenty minutes later. He heard her calling to him.  The ambulance took her to Norwalk Hospital, where the doctors did surgery, inserting a rod to stabilize her hip. This is the second time she’s fallen; a year ago, she broke the pelvis on the same side, her left.

I peer in the door of my mother’s room, number 25, and she is frowning over a form, pen in hand. She is dressed in cornflower blue pants and a shirt with a floral design, baggy on her thin frame.  At first, she doesn’t hear me say hello, but the second time, she raises her face, delighted. Her hair is wet from a bath, and her legs are stretched out before her on the recliner. Her legs look loosely attached and limp like doll legs, tilted sideways.

I finish gathering the bags still left in the room, while my brother and an aid walk towards the car with my mother, pushing her walker.  Getting in the car is difficult for her. “Hold on here!” Elliot orders, grabs her hand, and tries to attach it to a handle above the car door.  “I’ll break my arm!” she cries. She can’t bend it that way. Instead, she presses her hands down on the seat, avoiding any weight on her hip, and eases herself into the passenger seat.  I hoist myself into the back seat. “Elliot, can you adjust this?” she says, pulling on the seat belt. “It’s pressing on my scar.”

“It was fine yesterday,” he says.  “It was exactly the same.”

“It’s bothering me now.”  He tugs and rearranges the strap.

We’re finally home, and my mother is settled into her recliner.  I go to the mailbox to fetch her New Yorkers, make her a cup of tea, bring her purse so she can find her cell phone in one of its many pockets.  I bring my computer down from her room so I can sit near her on the couch and comment on student papers.  Elliot announces that he’s leaving to visit his friend Ron and drink coffee while Ron makes pies.

Around 6pm, he has returned, and I come into the kitchen in the middle of their argument.  “No. Absolutely not. I am not going to open a bottle of Champagne,” my brother says.

It seems completely out of character for my ascetic mother to want Champagne, and at first I laugh at this argument. I’m glad she wants to drink Champagne to mark her return home. The bottle was a gift to my mother from Saul Blum, and it’s hidden in the study closet, beneath a pile of shopping bags and gift wrap.  “It’s not getting any better from sitting there,” my mother counters. “We should celebrate my homecoming with it.”

“You don’t need Champagne,” my brother asserts.  “You can do whatever you want, but I’m not opening it.”  It would be impossible for my mother to open it herself; she has trouble turning on the DVD player.

She turns to me with a beseeching look. It’s Thanksgiving, but there won’t be any turkey or pie, no big family gathering to celebrate—why shouldn’t she have Champagne?  “I’ll open it,” I say, even though I have never even tried to open a bottle of Champagne before; I can only remember failing to open a bottle of wine, and handing it apologetically to someone else.  On YouTube, I find an instructional video with a man in a white chef’s coat, who holds the bottle in a towel and shows how to unwind the wire and ease the cork out until it makes a satisfying pop. I watch the video twice more, and when I hold the bottle of Veuve Cliqcuot, I am surprised at how easy it is to gently wiggle the cork—until the mushroom top breaks off in my hand, leaving the rest of the cork still in the bottle.  My brother has retreated into the other room, watching TV on the couch. When I manage to pull out the remaining cork with a corkscrew, he comes back into the kitchen to observe.

“Put some ice in,” my mother advises, and I drop two ice cubes into each wine glass and pour some of the yellow liquid into each.  I hold it up to examine, and don’t see any bubbles. My mother holds up her glass for a toast. “L’chaim,” she says, and we each take a tentative sip.  I watch to gage her reaction, but she’s simply drinking the glass down, eyes closed. I am afraid to drink any more than a second sip: what if it makes me nauseous?  Is it even safe? When my mother has emptied her glass, I pour my own into hers, and she picks it up.

“Stop, Mom,” Elliot commands.  My mother continues to drink. “Do you realize that is a second glass?  She pulled a sleight of hand,” he informs her. “She refilled your glass.  Stop.”

“She’s fifteen feet from her bed,” I point out, “she has a walker.”   Her bedroom, where I slept last night, is on the second floor, but she will sleep on the couch in the study until she can manage stairs again.  She only has to walk across the hall to the study.

My brother takes the glass from her hand and places it on the opposite side of the table, while my mother rolls her eyes.  I retrieve the glass and put it in front of her. “Stop drinking,” my brother says once more, before slinking into the other room, shutting us out.  Later, Elliot joins my mother on the couch, watching a terrible movie she has seen before. I come in before going upstairs to bed.

“Goodnight, darling,” she says.  I giggle shyly and kiss her cheek.

Passing through the kitchen, I see her glass on the table, still half full of Champagne. I pour out the liquid in the kitchen sink, rinse the glass, and place it upside down in the dish drainer.

The next day, I ride the train south for an hour, and I am in a different world.  New York. My stepdaughter texts me to say she is almost at the museum, and I should meet her in the lobby.  We’ve decided on the Jewish Museum for our day in New York because there is an exhibit that interests us, the feminist Martha Rossler—but perhaps even more because we want to have brunch at Russ & Daughters, the restaurant here.  We have eaten together at the downtown branch of the restaurant, on Houston, and I’ve wanted to go back ever since.

My stepdaughter emerges from the crowd, smiling and holding out her arms to hug me.  Her face is radiant, a little flushed from the cold. As always when I see her again for the first time, I feel a rush of pride and wonder—a sense of stupendous good luck at having her in my life; awe of her way of being in the world.  She is wearing a sophisticated new wool coat in a deep eggplant color, with buttons on the side. She looks so grown-up, at 22, a new New Yorker, recently graduated from college, now a Brooklyn woman.

Miriam and I agree to share two dishes: the salad with kippered salmon and knishes.  While the waiter is standing there, I ask impulsively, “Do you want to share a glass of Champagne?”  Miriam nods enthusiastically, her eyes wide. She doesn’t expect me to drink in the middle of day, and neither do I.  But I’ve been craving the taste of Champagne, the sensation of bubbles on my tongue, since the night before, when I set down the flat yellow liquid from Saul’s bottle.

The waiter brings our slender glass, filled with bubbly golden liquid, and Miriam takes a small sip. We each help ourselves to fluffy greens and salmon, and I transfer a miniature knish to my plate. New York, the museum, my beautiful stepdaughter are intoxicating: unexpected happiness, enhanced by a few sips of shared Champagne.  “Darling,” I want to say. But in the 15 years we’ve known each other, I have never had the courage to say “I love you,” except as a delayed echo of her father’s avowal of love. I slip mine in behind his, not sure whether I want her to notice or not. Instead, raising the glass, I announce “It’s good!” I hold the Champagne out to her, my darling, and she takes it with a smile.

Sandie Friedman teaches writing at George Washington University in DC. Her work on teaching has appeared in Composition Forum, Enculturation, WPA: Writing Program Administration, and Writing on the Edge, among others. You can find her personal essays online at Construction literary magazine, The Nervous Breakdown and The Rumpus. 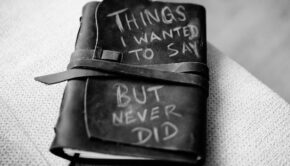 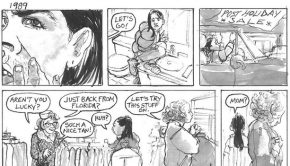 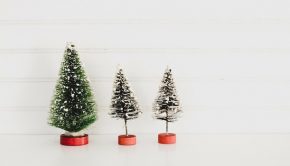 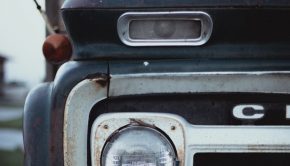