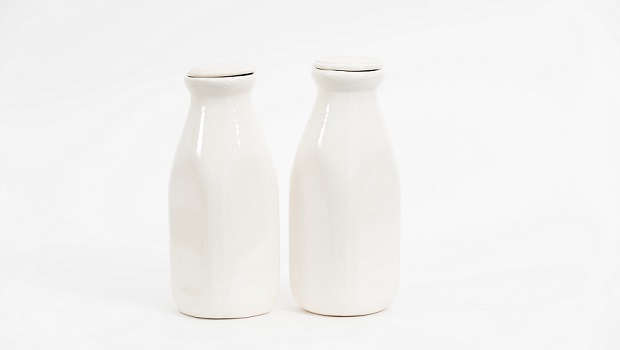 Many of us know the story:

According to this biblical theory, the reason women experience menstrual periods and have mind-numbing pain during childbirth is because of this curious woman called Eve. By taking a bite of that mystical fruit, she betrayed God and was banished from paradise. As a result, all of womanhood was cursed.

By this logic, many of our troubles can be blamed on one woman from a long time ago who ate some fruit from a bad tree. Never mind why a tree that promised death and demise was in the heavenly forest to begin with.

Whether or not you believe this rationale for how we got where we are, I think we can agree that the Bible left out some crucial tribulations which women are forced to endure. One major penance: breastfeeding

Breastfeeding has shaped my life, defining me as a woman and especially as a mother. At first, the idea of nursing my newborn made me feel like I had found my purpose in life. Antiquated and anti-feminist as it may sound, there was no greater joy than knowing I was giving my baby the absolute best form of nourishment through my own body. It was empowering and humbling at the same time. And it was comforting to realize that with our financial struggles at the time our daughter was born, even if we were evicted from our apartment and forced to live in our car, she would still be fed and well-nourished.

Still, when you decide to breastfeed for the entire first year of your baby’s life, the greatest gift on Earth can start to become an annoyance. I endured the overabundance of milk, where the demand was so great that I leaked through every bra and shirt I own. I conquered the gravitational pull of a new baby I could not be away from for longer than a few hours at a time without suffering painful engorgement. I mastered dealing with a hungry infant’s needs while sitting in the cramped backseat of my hatchback because there were no decent nursing stations available and I refused to breastfeed in a public restroom stall. Over time, I had grown accustomed to the constant interruptions that nursing demanded when I was cooking, cleaning, using the bathroom, or caught in any number of compromising positions.

Throughout it all, I managed to remain in high spirits because I knew I was doing the right thing for my daughter.

Then, somewhere around her first birthday, I realized that the darling baby girl who used to fall asleep in my arms had become a toddler – a toddler who had discovered a rather ambitious exercise called “gymnastics nursing.” Having a large toddler doing aerobics with her mouth firmly attached to my body was enough to make me want to pull my hair out.

Only those who are complete gluttons for punishment, like me, will find themselves still breastfeeding beyond two years. (Yes. Two years. Cue the utter shock and disgust.) After her second birthday, we crossed the line from “a little annoying” to “oh my god, I’m trapped in a hostage situation with no escape in sight!” And though I’ve attempted to wean my toddler from nursing, my efforts have been unsuccessful at best. She is loud, determined, and set in her ways.

The weaning process first began many months ago, when she was one and a half. My supply was dwindling, and I was ready to give up my days of being a farm animal and win my body back.

First, we tried the “cold turkey” approach. Bad idea. After only one day and one night without any nursing, we had a full-on Tasmanian Devil on our hands. The sweet, mild-tempered girl we were used to had become a rage-filled, vengeful, and aggressive little person who, upon being denied, would “throw fits” (aka kicking, punching, slapping, and beating the crap out of me). Seeing this drastic change, I allowed her to keep breastfeeding on demand. Perhaps she wasn’t ready yet, I told myself. However, the 24-hour period in which she was denied the breast affected her emotionally to the point where her angry outbursts continued for well over a week.

After that attempt, things eventually returned to normal and I was no longer public enemy number one. Still, I have yet to find an article online that speaks to this phenomenon of how weaning can turn your toddler into a psychopath worthy of any horror movie.

A few weeks later, we tried again. This time, I went from letting her nurse on demand to only allowing her to nurse on a strict schedule – my schedule. We bypassed the morning nursing session by staying busy and keeping her mind occupied with other things. I let her have a brief nursing session in the afternoon and then a longer session right before bed. Even with this seemingly reasonable compromise, she was prone to anger and violence. She was disobedient and mean. This continued for weeks until I broke down in tears of frustration. Ultimately, I gave in and let her nurse as much as she desired.

Of course, I knew this was a violation. I imagined the weaning champions and baby experts from the numerous articles I read wagging their fingers at me in condescension. In my weakened defense, I am a stay-at-home mom without the possibility of hiding out at work for several hours to escape the meltdowns, so I opted for sanity.

Upon resuming her regular nursing routine, my daughter transformed back into my sweet little girl who was perfectly content snuggling with me while whispering things like “Love you, Mommy.” That’s right. A novice to the English language and she already knew how to play me.

As an alternative to nursing, I offered my daughter cow’s milk. It took a while before she accepted this substitute as an appropriate beverage. Many wasted, untouched cups of milk later, she finally developed a taste for the stuff.

I was excited. I was ready to wean. And I knew cow’s milk was my last chance at freedom.

We made a big deal out of it, referring to cow’s milk as “big girl” milk, giving that extra special ring to it. “Big girl” milk consists of cow’s milk, warmed in the microwave, with a touch of honey to make it sweet. She loved it.

And yet, in no way whatsoever did she accept cow’s milk as a suitable replacement for “Mommy time.” It was a special treat she enjoyed with fervor but afterward, she would nurse as usual. Epic fail.

We reached a low point one night. After drinking her “big girl” milk and rolling around in bed for an hour, she grew tired of the charade. She climbed into my lap and, as always, nursed until she fell asleep. As I tried to dislodge myself from her death grip, she bit down with force, causing me to cry out in pain. My outburst disrupted her princess slumber and she woke up in tears. Back to the drawing board.

Weaning has been exceptionally difficult for me, and we still aren’t quite there. I read about these superhuman mothers who are still nursing their three- and four-year-old children, and younger babies at the same time, and think: how? How have they not committed murder-suicide? And how is everyone happy with this arrangement?

Extended breastfeeding has caused me to feel like a prisoner in my own home, my body a captive to the will of this tiny and merciless correctional officer. So-called “gentle” weaning has proven to be impossible, lest I am willing to undergo her drastic personality change.

I have been beaten. I have been bitten. And I am exhausted. I feel used and abused. Somehow, my two-year four-month-old is still going strong.

I am dried up and wilted. I feel like the Giving Tree at the end of the story. She’s taken everything, and I have nothing left to give. I am nothing but an old, rotted stump for her to rest on. Or rather, stumps.

Aja Haynes is a freelance writer, blogger, and professional toddler wrangler. She is a graduate of UC Riverside and received her Juris Doctor from Phoenix School of Law. Aja resides in Seattle with her husband and their young daughter where she is currently drafting her first novel. Her pastimes include munching on warm chocolate chip cookies, drinking extra large cups of coffee, and dreaming up a series of alternate endings to Game of Thrones. 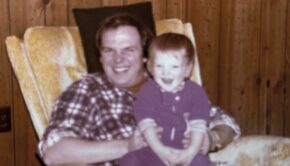 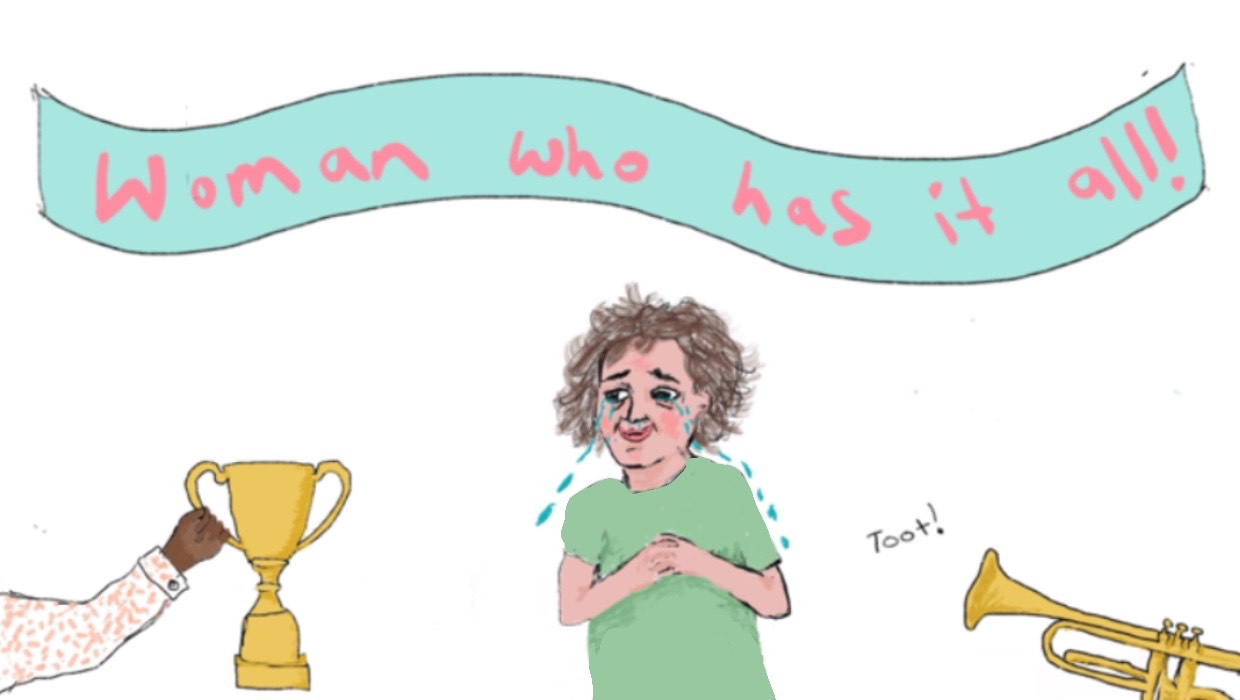 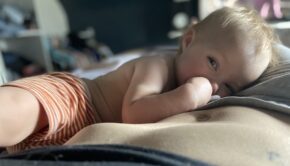 Elegy for My Magical Milk-Producing Breasts → 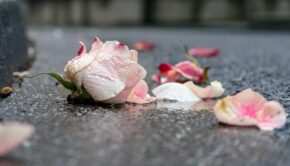