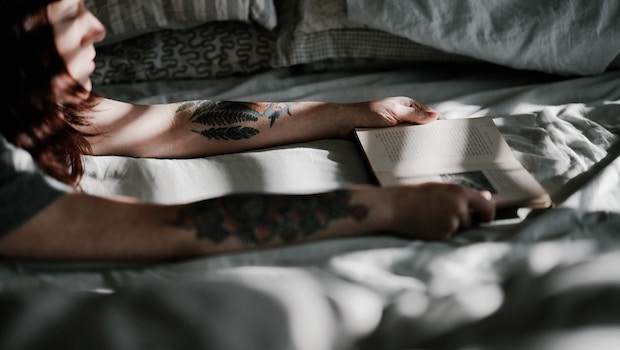 I haven’t read a single parenting book all the way through. I’m no fan of taking pride in ignorance, but I am a late-blooming fan of figuring out what works for you, and discarding the rest. A friend who was diagnosed with postpartum anxiety was told by her doctor to avoid parenting books: too much emphasis on what could go wrong, too much overwhelming advice. Go with your gut, he said. You’ll be a great mom.

Only those of us with functional-childhood privilege have the luxury of going with our guts. Even then, most of us have a list of things we’d like to do differently than our own parents, or things about which we’re confused (cry-it-out, video games, college).

I do believe in learning, but I find the imperative verb tense to be a huge turn-off, probably because it’s already so loud in my head. (Set more limits, Cheryl. Don’t let Dash drink milk after brushing his teeth!) My preferred mode of non-kinesthetic learning is storytelling. The fiction and memoirs that I love didn’t teach me how to parent so much as how to be a parent in the world.

Parenting books and articles are all: Studies show that kids who don’t eat vegetables grow up to be miserable road-ragers who die of black lung in their mid-40s. Here are ten ways to get your toddler to eat vegetables, including a token idea for “working moms,” which takes two hours instead of nine!

Fiction and memoirs are more like: Once I tried to plant an organic vegetable garden to grow carrots for my baby, but a tornado whipped through my town and plucked out all the carrots, and this story is actually about the year we spent in a FEMA trailer and the friends we made there.

I can’t technically call the books on the following list “recommendations.” The words you need might be different from what I need. Consider this non-required but possibly life-affirming reading, from sources likely and unlikely. 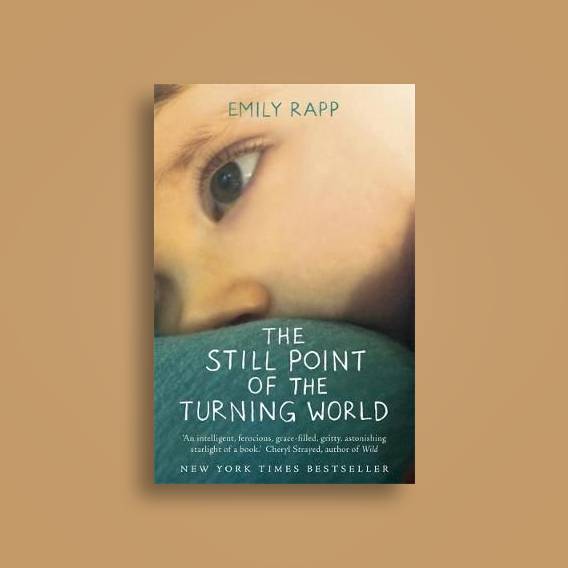 The Still Point of the Turning World by Emily Rapp: Not many parents will want to read about a mother losing her toddler to a degenerative genetic disorder, but hear me out. Rapp describes women of fatally ill children as “dragon mothers” who will breathe fire to meet their babies’ needs, and she writes with equal fierceness—a sort of Zen found only on the other side of hot coals. I read the memoir when I was still grieving a miscarriage and processing cancer treatment. But the paradigm shift Rapp describes—from future to present, from equipping her son to be a functional adult to giving him the best right-now possible—informs my parenting daily.

Dash is not just some future adult, a resume waiting to be filled with bullet points. He is a complete person. His desires are as meaningful as mine. Maybe he wants to watch the entire Minions movie before preschool, and maybe that’s not doable, but honestly it’s not that much less rational or important in the grand scheme of things than my desire to publish a book (which also may or may not be doable). On any given day, I look for teachable moments re: the alphabet and nature and consent, but I also ask myself whether he’s had some joy. I don’t think it’s a coincidence that many of the things that are genuinely joyful in the present—hugs, games, throwing your Big Wheel in your wading pool—also pave the way for healthy adulthood. But what if they didn’t? What if it all ended tomorrow? I want Dash to have already had an amazing life. 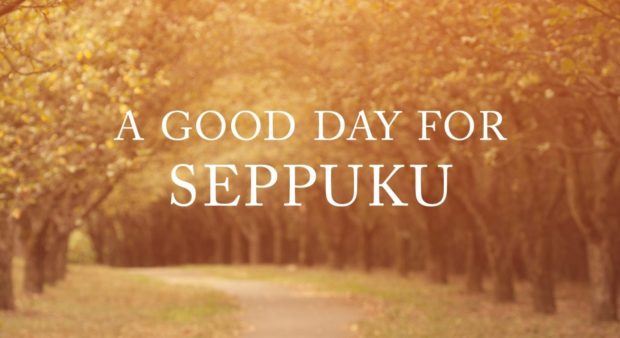 A Good Day for Seppuku by Kate Braverman: In one of the stories in Braverman’s unflinching and lyrical new collection, a teacher travels west to search for her estranged, heroin-addicted daughter. On Venice Beach, at the literal end of the earth, the final shreds of her fantasies (motherhood-related and otherwise) are washed away with the tide: “Barbara Stein isn’t going to find her daughter and she isn’t getting a tattoo. She is forty-seven years old. She’s lived longer than Billie Holiday and Frida Kahlo, Judy Garland and Anne Sexton. Of course she wanted less, took a measured route, but still, there’s a triumph in the simple enduring.”

Braverman creates beauty by walking full throttle into life’s harshest truths—the same thing I love about Frida Kahlo’s work, actually. In the process, she renders middle-aged motherhood visible, something I am very invested in right now. 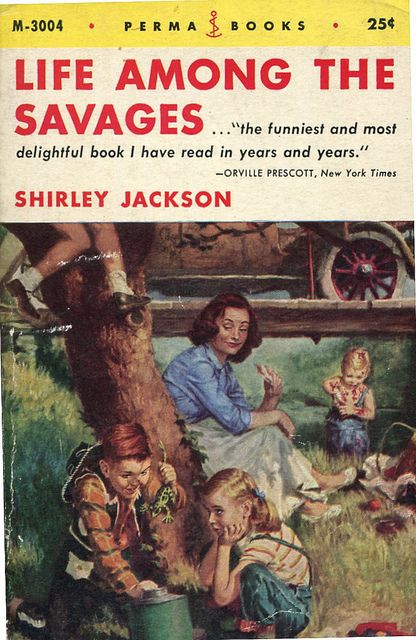 Life Among the Savages by Shirley Jackson: You wouldn’t peg the author of works as “The Lottery” and We Have Always Lived in the Castle as the O.G. mommy blogger, but like her successors, she dismantles the domestic goddess archetype with pre-Pinterest tales of wild children, unappealing casseroles (think tuna, soup, olives, and sweet pickles) and broken household appliances. Of course, by being resolutely good-humored about all these things, Jackson and her present-day counterparts undermine some of what they’re trying to undermine. I.e., the struggle isn’t real.

I relished the details of everyday life in the 1940s, a time when people mended socks and it wasn’t completely unthinkable to live in a small town without a car. Despite striking similarities to contemporary motherhood tales, some things have changed. When Jackson checks into the hospital to give birth to her third child, she gives her profession as “writer.” They write down “housewife.” 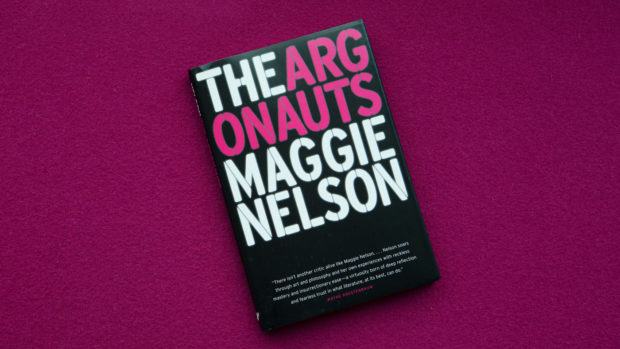 The Argonauts by Maggie Nelson: Nelson has said that she sees writing more as a clarifying act than a creative one, which resonates with my own nonfiction writing. No surprise, then, that this book clarified my relationship to queerness, pregnancy (or lack thereof), and parenthood. Nelson writes:

For all the years I didn’t want to be pregnant—the years I spent harshly deriding “the breeders”—I secretly felt pregnant women were…sitting on top of the cake of the culture, getting all the kudos for doing exactly what women are supposed to do, yet still they felt unsupported and discriminated against. Give me a break! Then, when I wanted to be pregnant but wasn’t, I felt that pregnant women had the cake I wanted, and were busy bitching about the flavor of the icing.

I was wrong on all counts—imprisoned, as I was and still am, by my own hopes and fears. I’m not trying to fix that wrong-ness here. I’m just trying to let it hang out.

As someone who once harbored fantasies of running down pregnant women with my car when I saw them in parking lots, I found The Argonauts an entry point into the physical and cultural vulnerability that is actual pregnancy. Pregnant women traversing parking lots everywhere may owe her their lives. 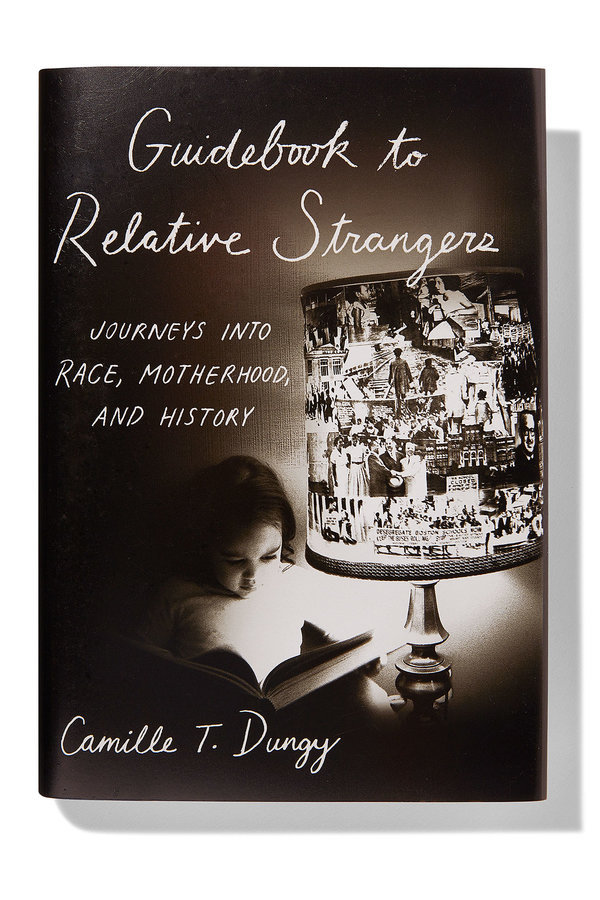 Guidebook to Relative Strangers: Journeys into Race, Motherhood, and History by Camille T. Dungy: As a poet who is often content to live in her head, Dungy experiences the introduction of her first child as a force that connects her to the world, whether that means wondering about children who died on a long-ago sea voyage or dealing with strangers who touch her baby’s feet at the airport. She brings a poet’s eye for detail to this collection, and I was captivated by her honest accounting of working as a visiting professor while breastfeeding an infant. Education and even six published books don’t protect you from borderline poverty in many American cities. Making It Work is a jigsaw puzzle every family faces, and writing about it bravely is a coping mechanism, a protest, and a life preserver thrown to other parents. 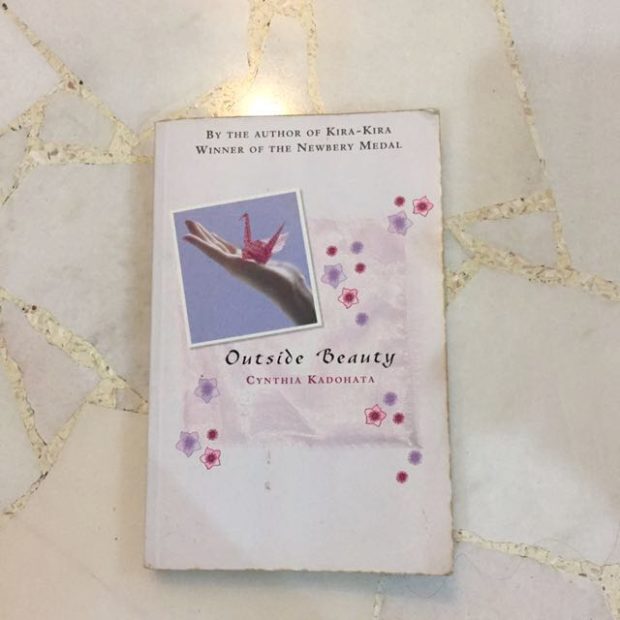 Outside Beauty by Cynthia Kadohata: A middle-grade novel might be an unlikely choice for a parenting manual stand-in, but in this book and her others, Kadohata is extraordinarily adept at portraying difficult, complex adult lives through the lens of childhood. That’s our task as parents: to remember and imagine how our kids are experiencing the world we give them.

Outside Beauty is the story of four sisters who are forced to know their very different fathers when their “sexpot” mom lands in the hospital. A GoodReads reviewer described Helen Kimura as a “spectacularly irresponsible” mother, but she loves her kids like crazy and meets their needs for as long as she’s physically able. When she’s not, she makes sure they’re cared for. Kadohata dismantles the notion that good parenting is antithetical to rocky life circumstances and sex work (or something adjacent to sex work). 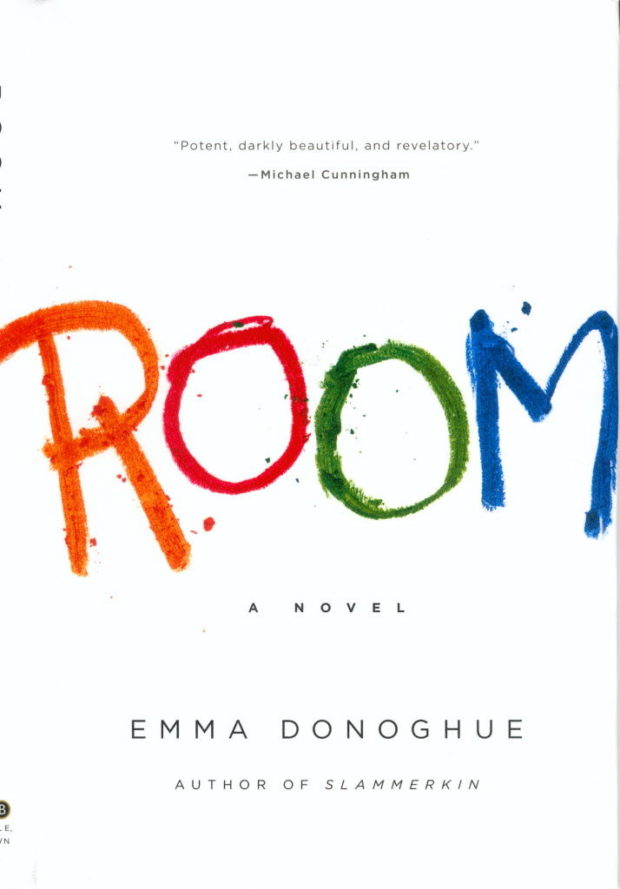 Room by Emma Donoghue: Consider this an attachment parenting primer disguised as a thriller. Narrated by a boy who has lived his whole life in the shed where his mother is held captive by her kidnapper and abuser, Room reveals how one secure relationship can create a solid foundation from the ugliest of circumstances. The boy’s eventual literal and figurative separation from his mother isn’t so different from what kids and parents might go through at, say, the start of kindergarten.

The boy’s mother mentions, as an aside, that she was adopted by the parents she desperately misses. It’s a minor detail of the novel, but when juxtaposed with the boy’s parentage (his birthfather is a psychopath rapist who has never seen his face), Donoghue seems to place her bets on the side of nurture. 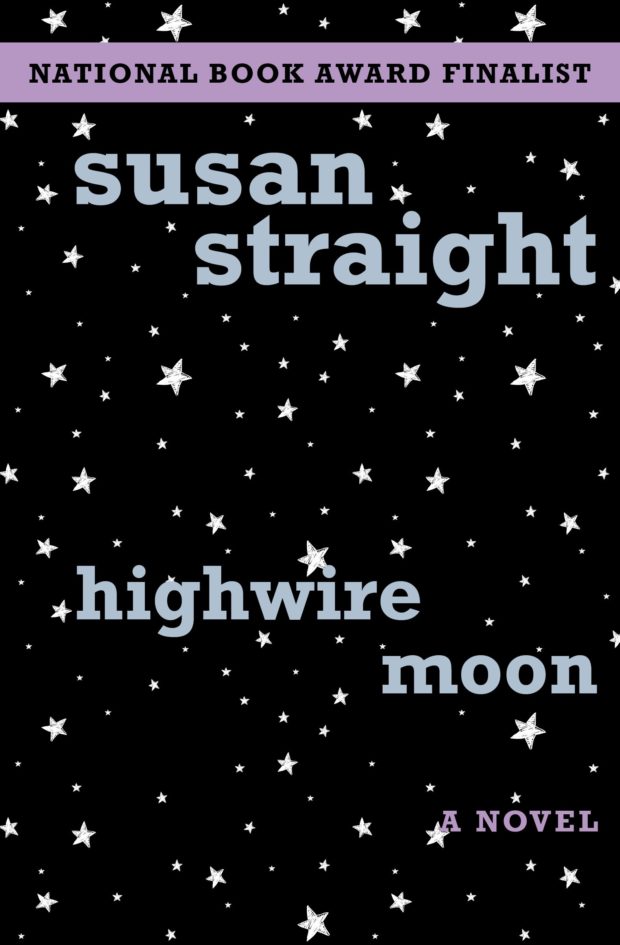 Highwire Moon by Susan Straight: No one captures the visceral, physical bond between mothers and children quite like Straight, who has written extensively about single moms, poor moms, enslaved moms, and others who must swim upstream to be with their children. In this timely novel, a woman named Serafina is deported back to Mexico without her daughter, Elvia. Years later as a teenager, having been raised by her American father and a string of foster parents, Elvia becomes pregnant and embarks on a search for her mother.

I want to say that if Donald Trump read this book, it would change everything. It’s not a coincidence that Barack Obama released a long list of novel recommendations last year, and Trump cites Machiavelli and “that book about Hillary Clinton” as his faves. To inhabit someone else’s life via narrative is to flex your empathy muscle. Everything the Trump administration does, but most especially their policy of family separation, is a deliberate, resource-intensive denial of empathy. 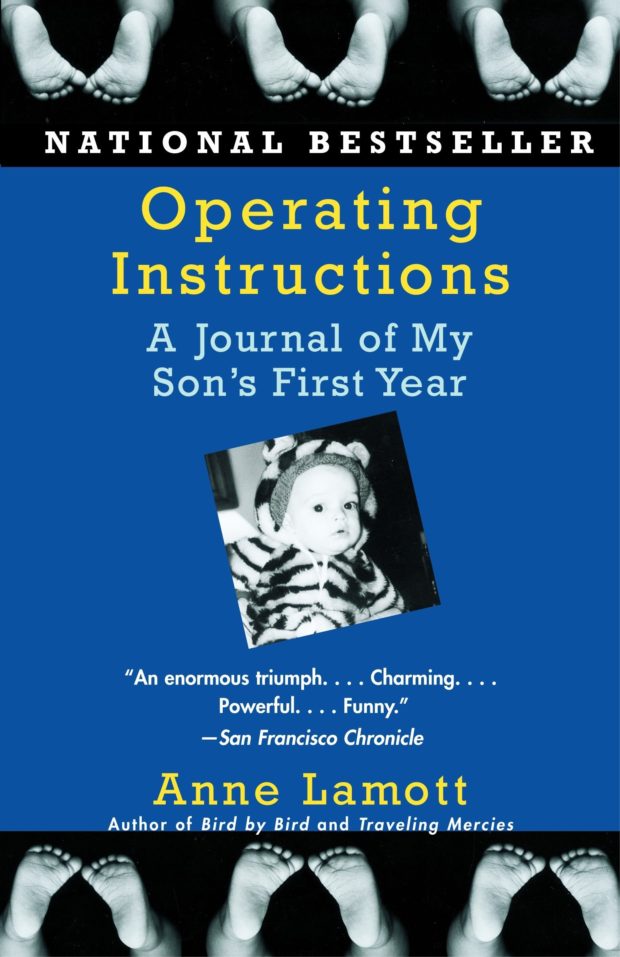 Operating Instructions by Anne Lamott: This is probably the most obvious choice on my list, but Lamott’s memoir of accidental single motherhood at 35 is a contemporary classic for good reason—she’s funny and honest about her struggles as well as her supports. While she is pregnant, a fellow expectant-mom friend learns via ultrasound that her baby is missing an arm. Lamott imagines the two kids playing together. “Where’s your arm?” “Don’t know. Never had one.” “Where’s your dad?” “Don’t know. Never had one.” They will shrug and keep playing. In a single hypothetical exchange, Lamott conveys how ideals about nuclear families and ability are social constructs, to be reckoned with as such, rather than genuine deficits.

My kid doesn’t have a dad either. Never has. He may get shit for it at some point, but he’ll be fine. So will I. 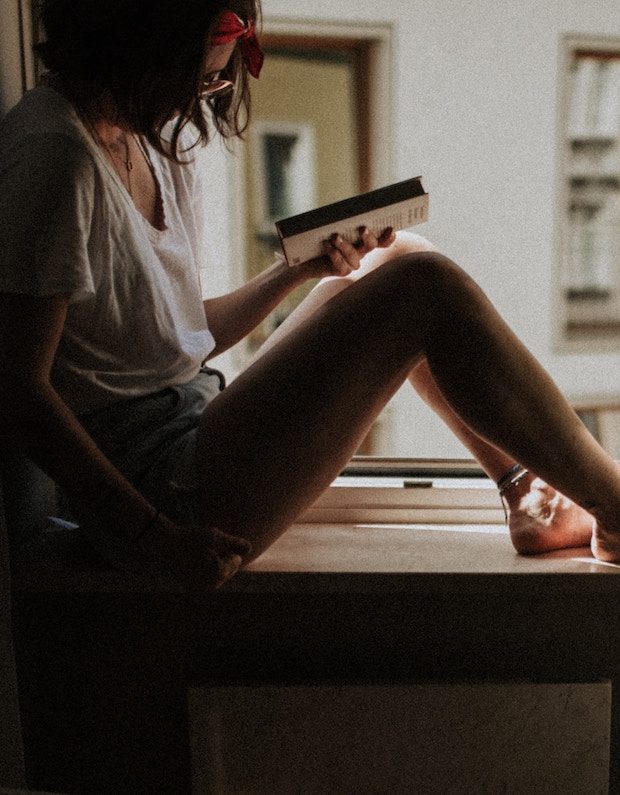 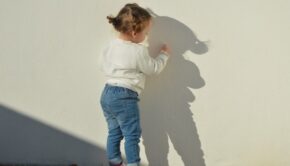 “Figuring It Out As You Go Along”: Milda De Voe Talks To Domenica Ruta About BOOKS AND BABIES → 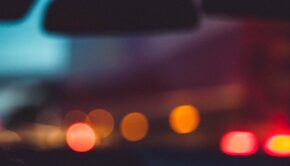 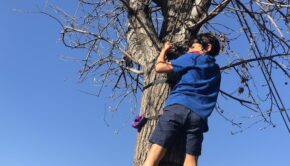 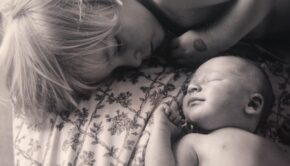 A Letter to My Never-To-Be-Conceived Third Child →