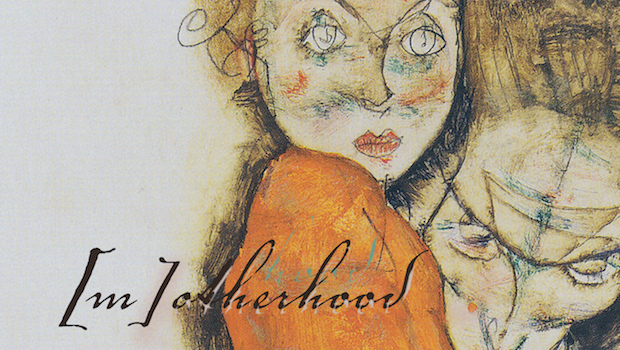 On [M]OTHERHOOD: An Epistolary Conversation with Anna Lea Jancewicz

When I first started writing, I was knee-deep in Howard Zinn and homeschooling pedagogies. After my son got his “Ode to a Swing” published in Highlights, he asked why I didn’t submit my poetry to journals. It shook me up that my 8-year-old son was asking me to exist, to risk, to do the things I secretly wanted. So I submitted a few poems to journals I liked. Lo and behold, my first acceptance came from Jersey Devil Press for a poem titled “Birth of a Surrealist.”

I ran into Anna Lea Jancewicz’s poems in that journal. When I discovered that Anna homeschooled her kids (for many similar reasons) while juggling writing, food, and bodily functions, my world got a little brighter. I wasn’t alone. Anna’s writing has always inspired me by giving permission to layer the real, the surreal, the uncanny, the absurd, the biting, the hopeful—all of it.

I’ve never met Anna in real life but I’ve met her on the page, in the veggie gardens, at the play-dates, in the land of mothering. It’s my thrill and pleasure to share this epistolary chat with the talented and transgressive Anna Lea Jancewicz about her debut fiction collection, [M]otherhood (Widow and Orphan House, Feb. 2018). Read her book to discover what I love about her writing. Read this interview to get a sense of what I love about her mind. – Alina Stefanescu

There’s something about the pace and tenor of women’s life that lends itself to the epistolary mode. Reading the stories in [M]otherhood, feeling the ways in which the characters are pulled away from the magic in their heads to the dirty diaper, the dismayed child, the play-group, I’m reminded of Tillie Olsen’s words in Silences: “More than in any other human relationship, overwhelmingly more, motherhood means being instantly interrupted, responsible, responsible. Children need one now….. It is distraction, not meditation, that becomes habitual; interruption, not continuity.”

How would you describe the relationship between your [m]otherhooding and your writing?

ANNA LEA JANCEWICZ: It took me far too long to answer this first question. But the process of answering it illustrates the answer itself. I thought about my reply while I tended to all the necessities of family life. Kneaded words in my head while kneading the daily bread. While washing dishes, or making science flashcards, or shampooing the dog. That’s how it gets done.

My mind raced first and immediately to Ursula K. Le Guin describing the mother/writer duality as “writing around the edges and in the middle of the night.” I thought about story-dust falling out my ears as I did my motherwork, getting swept into the corners like shadows waiting to come out at night and stretch to fill the world. I continued to chew on it, in all those little domestic interstices, and this amazing passage from Sigizmund Krzhizhanovsky came back to me: “Night, you see, never goes away, even at noon: Torn up into myriads of shadows, it hides right here, in the day; lift up a burdock leaf, and a black wisp of night will dart down into the root. Everywhere—in archways, by walls, under leaves—night, torn up into black scraps, waits. When the sun begins to flag, the black scraps slip cautiously out from everywhere—from under leaves, stone cornices, hillsides—and knit together again into darkness.”

I started out thinking of the life of the imagination as being made of a substance I excreted stealthily into cracks in the floorboards or cobwebby corners in every little between I could manage. But then, with Krzhizhanovsky’s help I thought of the substance as sentient. Perhaps the night-blooming life of the imagination is a hungry thing, and maybe it takes ardent devotion to all those domestic necessities, the corporeal acts of sweeping and washing and cooking and feeding, to keep from being devoured by it. I started out with the idea that I was making space for the stories, but now I’m thinking maybe it’s closer to the truth that the stories lurk, they lurk around the edges and we keep them at bay so we don’t go (w)hol(l)y mad.

MUTHA: Yes, this reminds of how much I kept sensing that keen (and rather un-American) feeling of dread while reading this collection. Dread is defined as “great fear or apprehension.” See also trepidation, anxiety, worry, concern, foreboding, disquiet, unease, a slow simmer of terror. The difference between anxiety and dread is that one can be treated with medication while the other is a condition inherent in the experience of life.

Danish philosopher and lifelong-grumpster Soren Kierkeegaard thought anxiety was a school for the self. In noticing it and exploring it, we honor its existence as a part of our experience.

To write the dread-full is to inhabit that harrowing space between reality and nightmare. There is a sense in which your mothers emerge from the dialogue sustained with their own anxiety and the ways that selfhood is altered by mothering.  What happens when anxiety and dread are acknowledged in a woman’s story? Is there anymore more courageous than admitting we are scared to death?

ANNA LEA JANCEWICZ: Women are crammed into a sick relationship with fear. Girlhood is the process of learning that our bodies are prey. We’re taught that our vigilance is our worth. And then as mothers, we are told that our value is dependent on our fear for our young, that any lapse in anxiety could mean tragedy. We must guard against any danger we can imagine, and we do imagine every danger.

But at the same time, we’re not supposed to acknowledge our fear. It’s kind of a disgrace when we do. We’re belittled as frigid girls, or fawning mothers. We’re crazy. Hysterical. Wacked in the womb, as it were. But hey, as our sages say: Fear is the mindkiller. The Bene Gesserit litany against fear, from Frank Herbert’s Dune tells us we have to face fear. “I will permit it to pass over me and through me/ And when it has gone past I will turn the inner eye to see its path./ Where the fear has gone there will be nothing./ Only I will remain.”

Maybe we have to confess our vulnerability in our narratives in order to surrender to it. We must permit it to take us, before we can move through it and get rockin’ on the liberatory tip.

MUTHA: I love how the characters alternate between vulnerability and being “difficult women.” I got pretty attached to some of the characters, especially Rita. “Vaginal Disturbances,” a title that plays on the sinews between what is socially disturbing and how it feels to be disturbed, makes a bloody beautiful mess of the post-childbirth vagina. Though the medical experts pooh-pooh the narrator’s postpartum vaginal disturbance, Rita listens to her body. The narrative is structured around the various objects  that emerge from between her legs, from Harold’s purple crayon onward.

The narrator in this story is formidable, intelligent, and consumed by the tiny, daily betrayals of her body. The terrible sex scenes are beautiful—exhausted, compassionate, divided by humorous dialogue, distracted, honest, restless. It seemed like the ability to survive lackluster sex is a source of tenderness and vulnerability in marriage?

ANNA LEA JANCEWICZ: Ha! I read that to my husband, then later I seduced him by whispering “Wanna get  lackluster and vulnerable?”

I was a little surprised actually, when readers got the impression the sex in those scenes was Bad Sex. I wanted to write Real Sex, but I mostly imagined that between the dialogue they were both having a good time and getting off. In my little lady-writer noggin, I was thinking oooh I’m writing funny banter between two people who love each other, and it’s sarcastic and teasing, but they are making the time to touch, to get some and give some, even when they’re tired or anxious. I guess I feel like the humor deepens the intimacy. Because it’s honest– laughing sex isn’t performative sex. Rita says it’s the only time they have to themselves, so that’s when she can talk to him– and that’s the way it can be when you have small children, they’re demanding. It was a real-life running joke between my husband and me, and I thought: Yes! I’m going to write a story in which ALL the dialogue takes place during sex! It’s not until the end of the story that they exchange words without exchanging bodily fluids. But those pockets of time, those sex pockets (great grrrl band name!), are the times when they are closest, not only physically, so it’s only logical for Rita to open up then about her fears and her feelings. LOGICAL, I tell you.

MUTHA: “Sex pockets”! Damn you for thinking up such a great band name. I think Real Sex is often lackluster (when compared to magazine articles or the entire sex self-help industry). I think Real Sex is intimate and conversational and clumsy and awkward and often funny and that’s exactly what makes it interesting. I love that you called it “performative sex” because I think there is a pressure not just to perform but to write the performative sex that isn’t happening and thus fake out on the entire venture of living. When else do we have the time to be vulnerable? I’m too distracted by the kids’ emotional needs to pay attention to my own. It’s like they stop existing until, well, until there’s some lackluster sex involved–sex that doesn’t distract or displace me with its calisthenics and elaborate plots.

I love how you don’t diminish Rita by having her engage in performative sex. And yes, it’s logical, which brings me to homeschooling… Do you ever feel like an outsider among other writers for homeschooling? Especially since the religious dinosaur-abusing homeschoolers usually get all the press? How do your educational choices and life choices inform your writing?

ANNA LEA JANCEWICZ: Well, my writer grrrlgang has another homeschooler bam right in the middle of it. We might come across as backward and uncouth, but nobody says nothing because they know we’ll pull our switchblades on them. Or the others might just think it’s cool no big deal and that our children are lovely and bright and not at all crocodilian. Did I just make up the word “crocodilian”? I can do that you know, because we homeschool. The children do not know the difference. It’s anarchy up in here. Anarchy and sparkles: that’s the homeschooling, the writing, the life. Less performative everything, more dirty hands and whimsy.

MUTHA: Thank you so much Anna for sharing your thoughts and wilderness. I’m going to end with a link to one of my favorite flashes—which appears in this collection—first published online in Cease, Cows. Here is “The Water.”

Anna Lea Jancewicz lives in Norfolk, Virginia, where she homeschools her two children, and teaches creative writing and People’s History for a homeschool co-op. She is Editor in Chief of Rabble Lit, a magazine for working class literature, which promotes anti-racist proletarian solidarity. Her writing has been chosen for The Best Small Fictions, Literary Hub Daily, and the Wigleaf Top 50 longlist, and has appeared at Hobart, Necessary Fiction, Pithead Chapel, and many other venues.

[M]otherhood is her first fiction collection.

Alina Stefanescu was born in Romania and lives in Alabama with four incredible mammals. Find her poems and prose in recent issues of Juked, DIAGRAM, New South, Mantis, VOLT, Cloudbank, New Orleans Review Online, and others. Her debut fiction collection, Every Mask I Tried On, won the Brighthorse Books Prize and will be available in May 2018. She serves as Poetry Editor for Pidgeonholes and President of the Alabama State Poetry Society. More arcana online atwww.alinastefanescuwriter.com or @aliner. 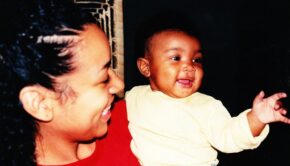 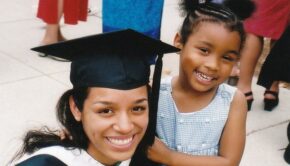 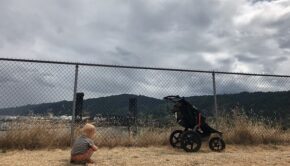 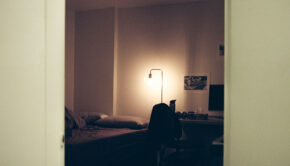 Praise to Bedtime During a Pandemic →