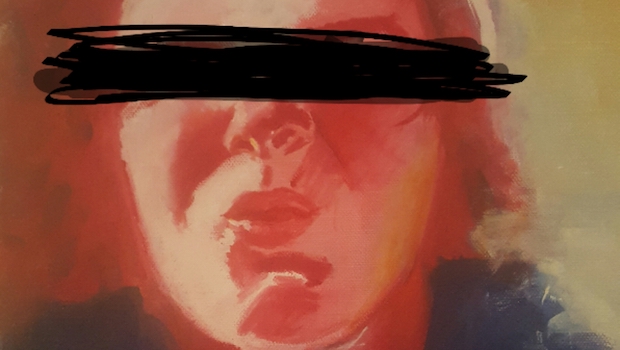 As a writer and a mother, I struggle with the desire to write stories about my children and the equally strong instinct to protect their privacy. It’s quite a slippery seesaw for me. The urge to share is constant, especially when I think my parenting experience could benefit others who may be wrestling with my particular crisis of the month. As Milda De Voe, founding director of Pen Parentis says, “Parents worldwide get support and affirmation (and guidance) from their peers and from people who have already gone through it. We are a breed that thrives on inherited knowledge.”

Some of my favorite books include Anne Lamott’s Operating Instructions: A Journal of My Son’s First Year as well as Hour Glass and Still Writing by Dani Shapiro—in which she describes her son’s potentially life-threatening illness. I love Buzz Bissinger’s Father’s Day, detailing the challenges of raising a son with permanent intellectual disabilities. Another favorite, The Anti-Romantic Child by Priscilla Gilman, describes the joys and heartache of life with her son Benji, who was born with developmental disorders and other autism-like behaviors.  Gilman, a former professor of English literature, cites the poetry and other great written works that have provided context and comfort on her journey raising a neurologically atypical child. She identifies with Wordsworth’s description of a young boy who, like her son Benji, is a “dew-drop…Ill fitted to sustain unkindly shocks.”  She wonders whether Benji will ever be playful and adventurous—“a swinger of birches”—as described by Robert Frost. It is literature about how literature gets her through. 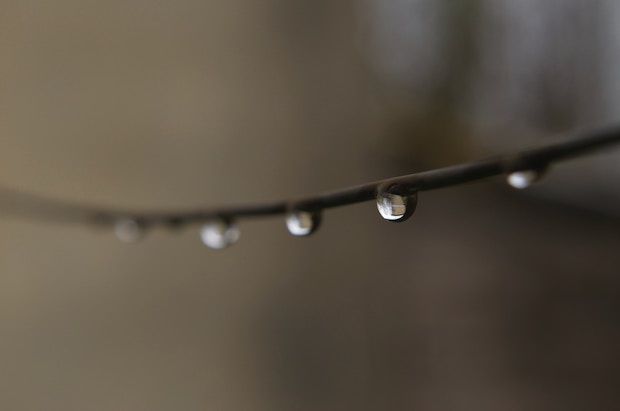 When I read these books, I withhold judgments about the writer’s intentions, as they express the exquisite experience of parenting of a child who is exceptional in one way or another. But at the same time, I can’t do it myself. At least not yet.

My son who has ADHD and social anxiety, among other things, will be 18 in a few months and has already given me the go-ahead to write about him. He is, like Benji, a “dew-drop.” Over the course of his life, I have gathered a bounty of practical information and emotional anecdotes that I have privately shared with similarly situated parents.  Still I chafe at the idea of revealing the intimate details of his young life in permanent written form. I’m not sure he has reached a level of maturity where his consent would be meaningful. I know that legally, I’d be within my rights but the ethical and moral dilemma feels unresolved.

His permission is a most loving gift—he wholeheartedly supports my writing career—but one I find I still can’t yet accept. My daughter is 20 and though she posts all manner of Instagram exploits, I know she’d be upset if I wrote more than the most superficial news about her. So I don’t. Her story is hers to tell. But that doesn’t mean my fingers don’t go twitching toward the keyboard when I observe one of her many astounding, outrageous, brilliant, infuriating words or deeds.

According to De Voe, many of the authors in Pen Parentis Salon report that “kids scream in joy to see their own name and image in print.”

“On the other hand,” she cautions, “if your child emphatically does NOT approve, then it isn’t very nice of you to exploit them.”

But what about those gray areas that lie between? What about the issue of “permission” when a child is under 18 or disabled in some way? Does a baby consent to its baby book? What about thinly veiled fictional accounts? Nom de plumes? Whether or not to write about one’s children is rife with controversy, a hydra of point-counterpoint arguments. 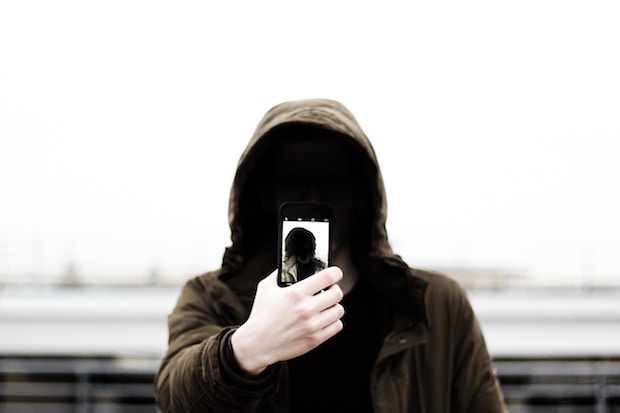 There are writer/parents who believe that their lives are so inextricably bound up in their children’s that a complete picture (a memoir, for example) must include the entire family. In many ways, their life story is their children’s life story. In 2009 Julie Myerson published her memoir The Lost Child: A Mother’s Story about her teen son’s drug addiction. According to The New York Times, Myerson’s son “denounced his mother as insane and obscene for exploiting and exaggerating the drug troubles.” Myerson was criticized by others as well but remained steadfast in her conviction that she did the right thing. She was quoted in the Times: “There is a big taboo about mothers. A bit like a witch burning is what it felt like.”

Some writers wait until their children are adults to obtain permission. David Sheff who wrote about his son’s addiction to crystal meth in Beautiful Boy: A Father’s Journey Through His Son’s Addiction and Michael Greenberg who wrote about his daughter’s first psychotic episode said their over-18-year-old children gave ‘clear-eyed’ approval.

I have written in my journals about my son and considered submitting some pieces for publication but I have resisted the urge. My latest project, a novel in progress, follows a boy like (but not exactly) my son. Fiction provides a safe place for me. Yet, writing about my son in memoir or essay form feels like a betrayal. Perhaps it is because of his undiluted trust in me. Perhaps because in ten or twenty years, he’d look back and wish there were no written public accounts of his life as a teen. Perhaps because I believe he has a right to grow up without a mother’s narrative interfering with his effort to make a first impression in the world. He should get to decide how much of his story he wants to tell. After all, isn’t that what we all get to do when we meet a new friend, colleague, or lover? 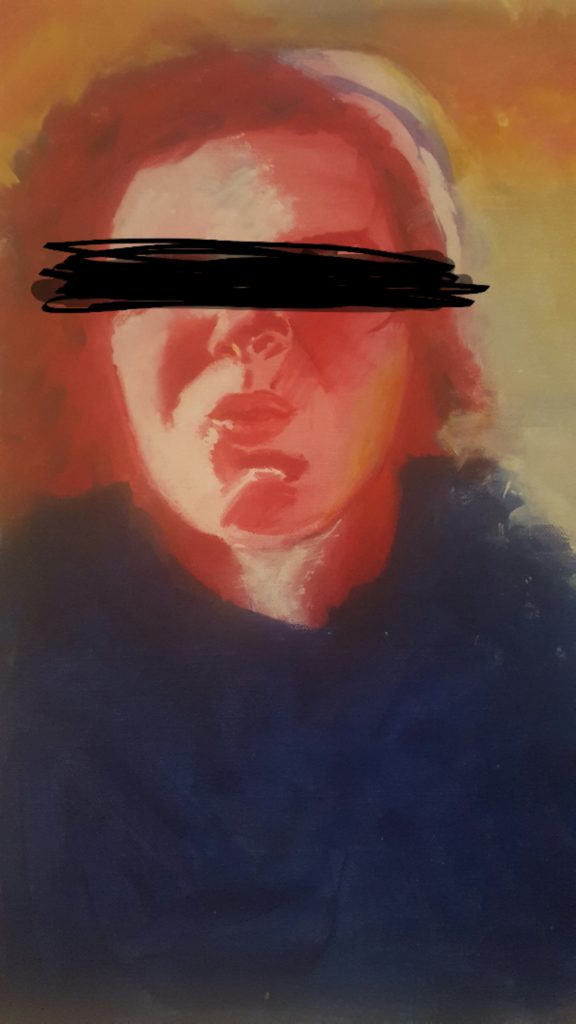 Portrait of her brother by Isabelle Catherine Kenet

Instead, I have plowed into fictional accounts and poetry that offer more creative freedom and the satisfaction of crafting a story with just-so endings that defy my messy imperfect life. I might also be tempted by a collaborative project with my son where his first-hand story would shake hands with mine. This, so long as I (the semi-retired attorney) informed him of the implications, rights, risks and rewards of laying bare his life. My best guess is that he would have to be at least 25 years old for this really to feel right.

At least I’m not alone in my ambivalence. Legal scholar, Stacey B. Steinberg, wrote an extensive law review article in which she outlined ‘best practices’ for sharing information about one’s children on social media.

Right at the end of the piece, after pages of cogent analysis and safety recommendation, she stated:

In addition to being a legal scholar and advocate for children, the author is a…user of social media. The author set off to explore whether there exists a better way to share our stories as parents while at the same time protect our children’s privacy interests. (The) author hopes that…this Article is not taken as damning of other parents who…almost always have nothing but their children’s best interests at heart. 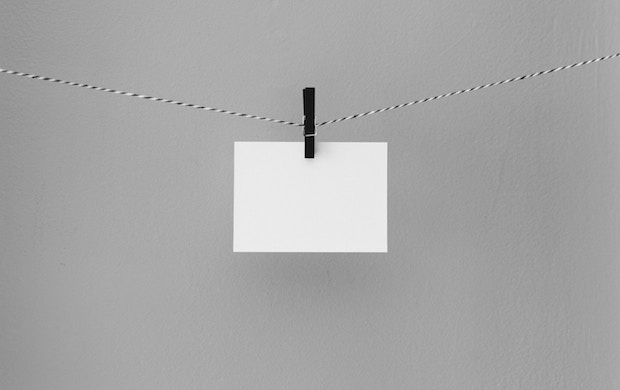 The hope is that if our hearts are in the right places, our children’s privacy and comfort will be protected. But haven’t hearts ever lead you astray?

Though social media has certainly brought these questions to the fore, the issues of privacy and exploitation began well before the digital age. Photographer and writer Sally Mann set off a firestorm of criticism in the 1990’s for revealing photos of her pubescent children in her collection “Intimate Family.” While she initially defended her work, Mann admitted that critics “were in some measure correct.”

Yet asked recently whether she would do it again, stated in The Washington Post, Mann said “Yes. Yes, and yes, resoundingly, absolutely.”

Nestled in Mann’s grudging apology and ultimate lack of regret, a common conundrum of the writer/artist emerges. Maybe it’s a selfish, uncaring act to write about one child’s learning disability, strange friendships, shoplifting, menstruation, verbal tics, but many writers do it because, well, they just have to. And they’d do it again. The impulse overwhelms. Beautiful books by writers like Gilman and LaMott transcend the object (the child) under consideration. They speak to broader truths and the knotty uncoiling of our own nature. It is not simply navel gazing. It’s literature. I get it. I believe, however, it’s worth at least asking the question: Am I doing what is fair to my children and true for my creative vision? What am I willing to risk? Do my children deserve their privacy? Is there another less intrusive way to tell this story that is bursting to be told?

I don’t have an answer, but I instead leave you with a final thought from De Voe: “Yes, you always have the right to write whatever your own truths are, but there can be consequences. Own the work. If it is important enough, find a way to write it.” 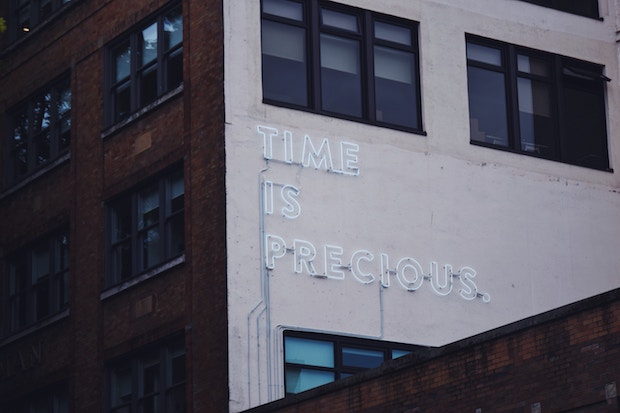 Patricia Lawler Kenet turned her sights to writing after practicing law for 15 years as a litigation attorney. Her writing has appeared in Salon.com, Everup.com, Van Winkles.com, The New York Times, New York Newsday and most recently, The Fiction Pool. She is the co-author of How to Wash Your Face and Saving Your Skin.

For more about her, go to Patricialawlerkenet.com 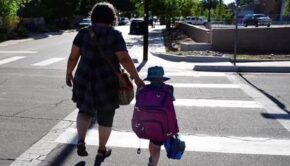 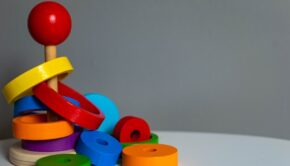 Uncharted Territories: The Comfort and Alienation of Mom Instagram → 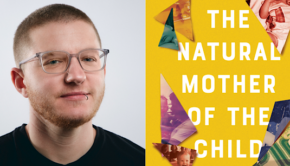 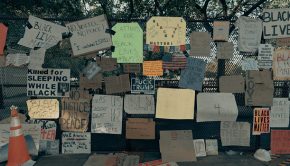