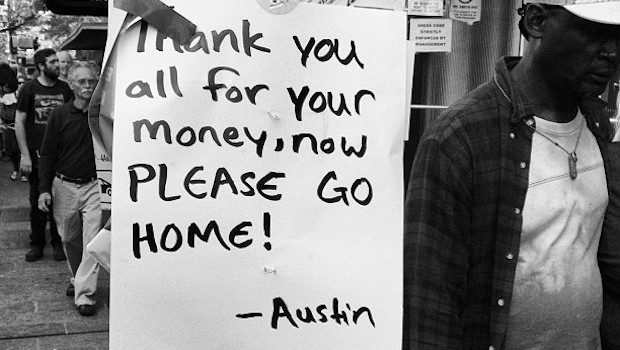 WHAT DOES IT COST TO CLAP FOR YOUR KID? Danielle Leshaw on the Countdown to SxSW

#POTUS and #FLOTUS. Jake Gyllenhaal and Ethan Hawke. Lots of rappers and country singers and hipster bands with that grey-tone hair. Comedians who’ve been bar mitzvah’d. Fancy industry people and their assistants. Foodies. College students looking for internships. And then me and my boy.

The two of us are headed to Austin for a few days. He landed a role in a movie last spring, and it’s premiering at South by Southwest, which, if you haven’t yet heard, is a really big festival celebrating film, music, and technology, gathering big names and upcoming to established talent from the far reaches of the globe. Yet from a distance, from our home in Ohio, it seems like one big aggressive, if not creative, takeover of the downtown region. Hotels have been booked for months. Anybody able to rent their house or apartment on Airbnb is charging thousands of dollars per night. To make sure that there’s adequate water supply, UT Austin goes on spring break when SxSW is in town (I just made that up). And when you think all the speakers and musicians have been announced, they tell us that our very favorite White House couple is attending. Just when you think every possible menu option has been advertised for every possible food truck, they tell us there’s a French Fry Uber type vehicle that will serve you French Fries while cruising you around the block (presumably to a venue with very beautiful and interesting people). Just when you think they’ve exhausted the list of musicians you’ve never heard of, they pile on more. No Sleep Till Brooklyn (just kidding, they’re not performing, unless they get added last minute, which is ENTIRELY possible). If I didn’t have a 13-year old son in tow, I’d live like a vampire. 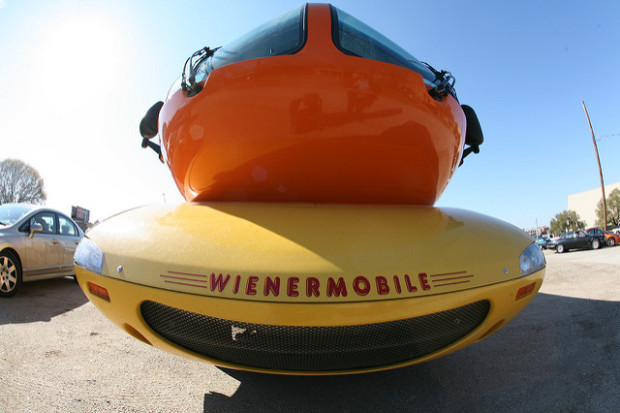 But if he wasn’t in tow, I’d have no reason to go to Austin. So I pledge to behave myself, and to go to bed early, all while representing Claire in Motion, the film that features our son, Zev. It was filmed in our hometown of Athens, Ohio, last spring. Good friend and filmmaker, Annie Howell, needed a capable kid, and our creative, easy going boy happened to be available, willing to miss school and stay out late, hanging around the movie set eating donuts and laughing with his screen mom, Betsy Brandt. The filming lasted four weeks, and we didn’t see much of him during that time. He’d leave early, have a mid-afternoon break at the house, then be back on set sometimes until 1 or 2 AM. We’d leave the door unlocked. He would come and go, a young production assistant driving him around town. Zev didn’t have a phone, and the filming occasionally took place out of range, deep in the woods of Appalachia. There were long stretches where we didn’t know much. It was the beginning of his adolescence—vague whereabouts, he was hard to locate. And boy was he was happy. So happy!

Once the filming had concluded, the cast and crew left Athens and went back to New York City or Los Angeles. The editors got to work. Months went by. Zev would ask: What’s happening with the film? We’d shrug. Sometimes, he’d get called into the voice studio to repeat a few lines. What for? he’d want to know. More shrugging. I haven’t been very helpful. I don’t know the ways of these things. And I haven’t yet seen the film. The first time I’ll see Claire in Motion is on the big screen at the premier at #SxSW on Monday, March 14. My apologies to those in the theater: I’m going to sob through the entire thing.

I’m reminded, as we embark on this unique adventure, my son and I, that in many ways, his father and I heeded the call, from Proverbs, to ‘Raise up a child in the way he should go.’ Zev emerged as an artist, singing and dancing and acting at a very early age. We have pictures of him as a toddler in daycare, dragging a drum around and inviting his teachers to make music. He can generally be found painting or drawing, or playing one of his many instruments, and he’s always up for a good puppet festival. If you’re ever in our home, Zev will enlist you to dress up and stage a play, always eager to cast, direct, and star in whatever production he’s created. 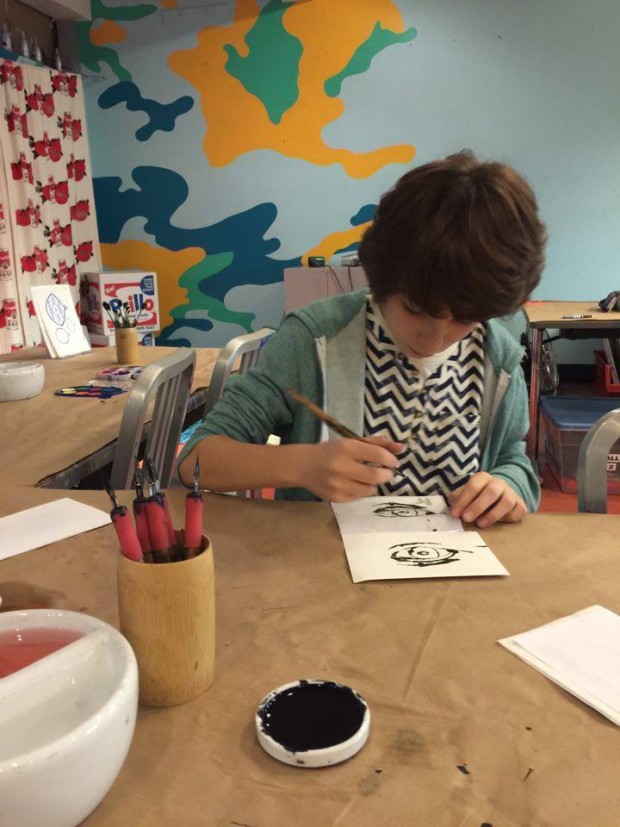 My gratitude for his experience of minor screen stardom, however, doesn’t keep me from complaining when complaining is due. So, let’s talk about the cost of it all, shall we? Because just to be clear (and I know you’re wondering) — we’re not making ANY money from our son landing a role in a feature-length film with a Breaking Bad sensation. From what I’ve heard about the film, Zev shares almost every minute of screen time with her, playing her son, as they romp through the woods of Southeastern Ohio, looking for dad. Because Dad, played by smokin’ hot Chris Beetem (wanna get a drink?), has gone missing. Apparently, it’s a gorgeous film with gorgeous scenery and smart writing and we’re thrilled our son was asked to participate, do you see my thrilled expression, but it’s also really goddammed expensive to attend film festivals if you don’t have an agent and a manager and somebody in charge of all the details of booking and travel and all-access passes to all the after parties that rage until 4 AM with all the beautiful people. And I’m a rabbi, and Zev’s dad is a writer, so we’re not exactly rolling in the benjamins. 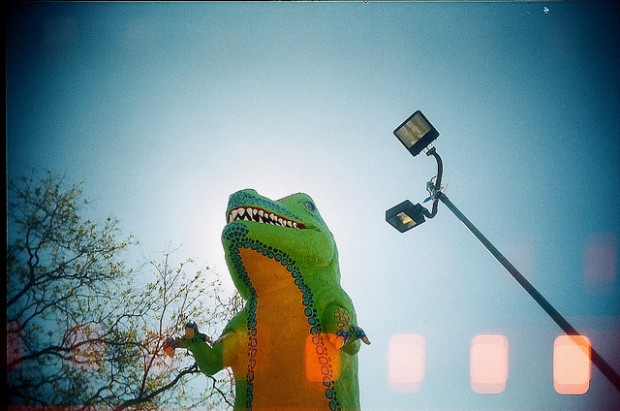 Here’s the breakdown of our calculated out-of-pocket expenses for #SxSW:

$1,100 in airfare for the two of us, on Southwest, changed no fewer than four times due to confusion, fear, and general uncertainty about when we should be show up and when we should leave.

$700 estimated for ground transportation and miscellaneous items like wine for me, milkshakes for him, tacos, and French Fries. I’m sampling every street cart on every corner in all of downtown Austin.

$650 for my film-pass. Zev’s was free, thank you festival gods and the film’s producer. It should be noted that this pass gets me into lots of things, including late-night comedy shows that I can’t attend because I’m escorting a just-turned-teen who is not allowed in clubs. Which is too bad, because he loves to laugh, even if he wouldn’t get most of the sex jokes (I think). So basically, I’m paying $650 to watch my son’s film because let’s just be honest, I probably won’t step into a theatre other than for Claire in Motion, not even to see the reemergence of Pee-wee Herman in his big adventures.

$500 in housing. A dear rabbi friend offered her home, but she lives in the Austin suburbs, and that meant renting a car, and navigating highways and bridges, and trying to find parking. There is one thing that makes me lose my mind, and it’s called traffic. So we found an Airbnb, where we’re sharing a full size bed and a bathroom with other festival attendees. It’s a 40-minute walk from the downtown area, but walking and talking is our specialty, so we’re up for it.

$400 for a linen blazer and a few nice shirts for Zev, since he usually wears soft cotton from the Gap—not really red-carpet material.

Zev and his sister

We wanted friends and family to join us in Texas, especially our very favorite Aunt Jenny, but even the essential humans, like dad and sister, can’t join. It would run us upwards of $8,000 for a few days in congested Austin where I predict it will be hard to find a clean bathroom. Zev has agreed to bring his flute and busk a bit, and I’ve suggested he offer his really soothing ‘smacky-the-back’ massages for $5 to anybody willing to sit down with us in the sunshine for a few minutes. I won’t abuse the already abused credit card slogan and tell you that this whole experience will be priceless and who gives a crap how much money we actually spend because shit like this doesn’t happen but once in a lifetime. I do absolutely anticipate a whole host of good times and merry making and laughter and pride (but I’m not riding the mechanical bull so stop asking). I’m paying through the tears. We parents of happy children cry lots of happy tears because they’re so happy, and that’s all we ever really want as parents, is for our kids to do the things they love, and to do them well. He asked us if he could be an artist. All we had to do was say yes, and we’re pretty sure it’s all going to be worth it. 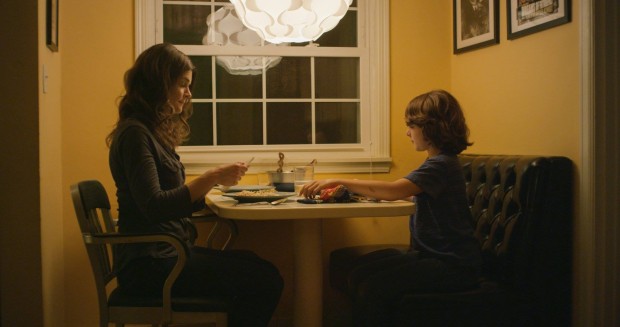 Danielle Leshaw is the Rabbi and Executive Director of Hillel at Ohio University in Athens, Ohio. She’s been published in The New York Times, Tablet Magazine, The Jewish Daily Forward, Moment Magazine, and The Ilanot Review. She’s a Puschart Prize nominee, and is a two-time recipient of the Ohio Arts Council prize, the leading state grant for writers and artists. To see more of her writing, visit www.DanielleLeshaw.com. She’s also on twitter (far too frequently) at @RabbiDanielle. 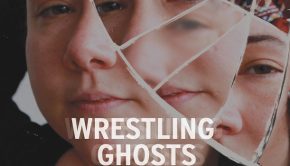 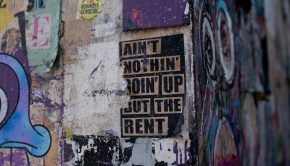 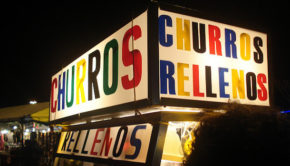 The Long Run: An Intergenerational Examination of Whether to Buy Your Child a Churro → 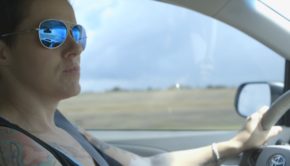 How to Be the Good Mother of a Murderer: An Interview with the Filmmakers Behind THE FAMILY I HAD →