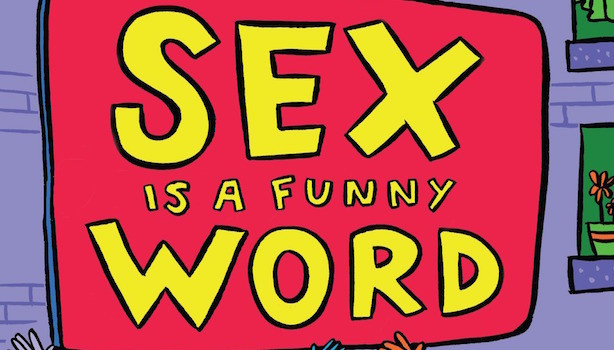 SEX IS A FUNNY WORD: Cory Silverberg Talks to Rachel Aimee About Talking to Kids About SEX!

I first heard about Cory Silverberg’s work as a sex writer and educator through my work as an editor of the sex workers’ magazine $pread, back before either of us were parents. Years later, when I was pregnant with my second child, Cory ran a kickstarter campaign to publish his first children’s book, What Makes a Baby. Perfect timing! I started to read this illustrated guide to how babies are made “that works for every kind of family and every kind of kid” to my older daughter while her brother was in utero. (Incidentally, one of her first questions was, “Mommy, are your eggs wearing the same shoes as that egg?”) It remains one of her favorite books, though her questions have gotten more sophisticated over the years. 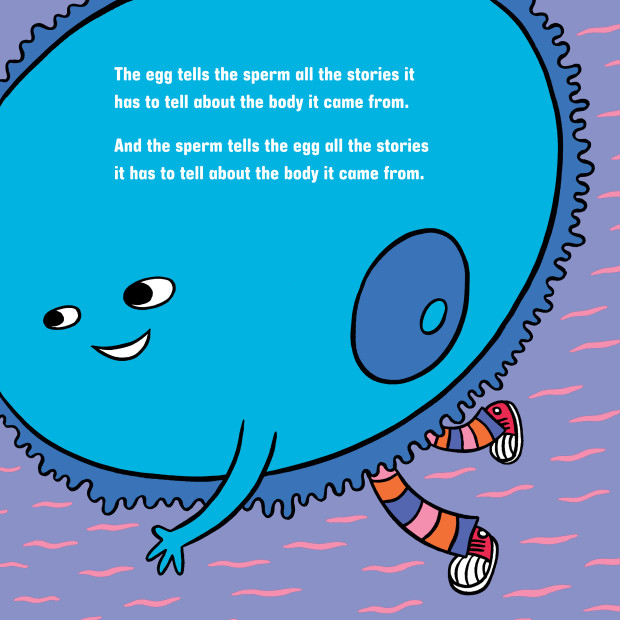 Last year, Cory and illustrator Fiona Smyth published their second children’s book, Sex Is a Funny Word (Seven Stories, 2015), about bodies, sex, and gender, for kids aged seven years and older. Buzzfeed called it a “total game-changer,” and it is. Told from the perspectives of Cooper, Zai, Mimi, and Omar, four kids from diverse cultural and family backgrounds, SIAFW is radically inclusive and provides space for kids and the adults in their lives to discuss everything from body parts, consent, and justice, to crushes, sexual abuse, and the word “sexy.” The book is also beautiful, funny, and gives me hope for helping my kids navigate the awfulness of mainstream cultural representations of sex and bodies. While my kids are not quite old enough to read this book, I’ve been buying up copies for every “getting bigger” kid in my life. And you should too!

I was psyched to have the opportunity to talk with Cory about what makes his new book so revolutionary. 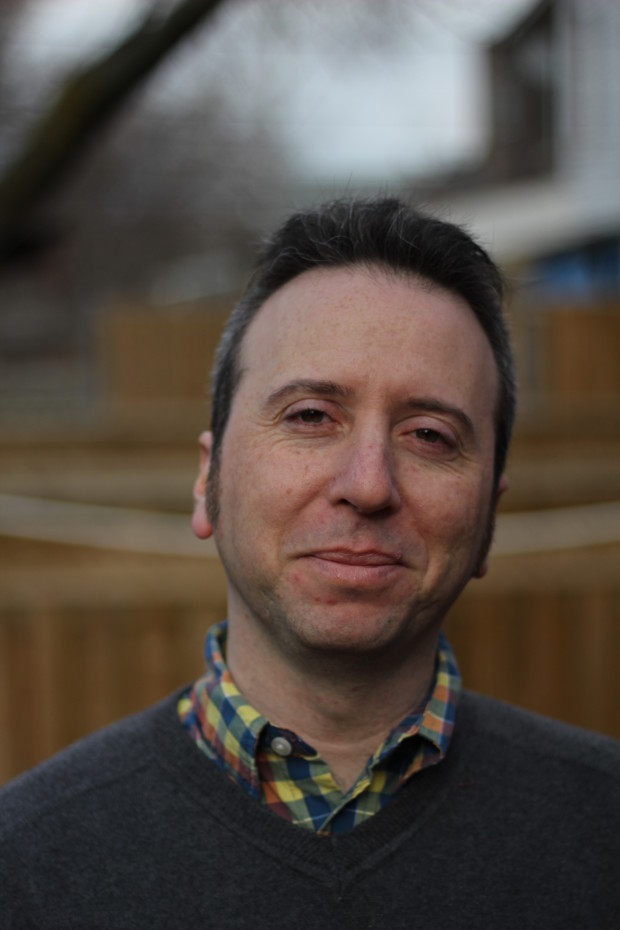 MUTHA: Why did you decide to write a children’s book about sex, and how is Sex Is a Funny Word different from other books for kids about sex?

CORY SILVERBERG: I don’t really like any of the kids books about sex that are available. Some are okay, most are just plain awful, and none represent sexuality in a way that I recognize as human. Also, and this may sound dramatic, but all the mainstream books about sexuality for kids are completely transphobic. They erase the existence of trans and gender non-conforming people. These are the books that sex educators and LGBT activists often recommend. It isn’t acceptable, and as someone who was a gender non-conforming kid and is now queer in a bunch of ways that aren’t obvious, I wanted a book that I could read not only to my own kid but to kids in my family and community, a book that left their options open and didn’t closet me, their parents, and other adults in the community.

Sex Is a Funny Word is different because it doesn’t do any of those things. And, I hope, it gives kids an opportunity to think about gender and their bodies and touch in ways they can relate to. Maybe the biggest difference is that I think most of the other books are written first for the parents, or for a particular educational agenda. Fiona and I are interested in writing for kids. 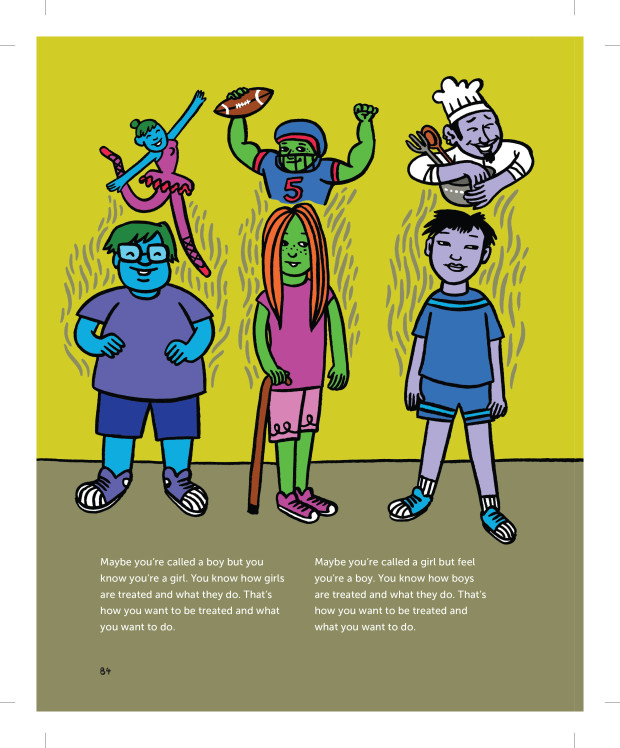 MUTHA: SIAFW is the second book in a series, right? How did you decide which topics to cover in each book?

CORY SILVERBERG: For now we’re thinking of this as a three-part series. What Makes a Baby deals with reproduction, gestation, and birth. We start there because that’s one of the most marked points when a young child (WMAB is written for kids roughly four and up) asks grown-ups questions about something that could be related to sex, and is certainly related to sexuality and gender. We started there also because, unbelievably, there were no books about where babies come from that were inclusive for all kinds of families.

Most sex education books skip from the baby book to the puberty book. That made no sense to us. There are six to eight years or so from when a kid might recognize a pregnant body and ask about it to when they and their peers start going through puberty. There is still a lot of development and learning going on in those years. Learning about bodies, and especially about gender and gender roles. Society doesn’t build in many opportunities for parents and kids to have conversations about something like gender during those years. And we think it’s crucial. So Sex Is a Funny Word (which we say is geared to kids seven and up) is precisely that, it’s an opportunity to talk.

The next book, which may or may not be the last, will deal with puberty, we’ll go back to reproduction, and it will also cover things like pornography. 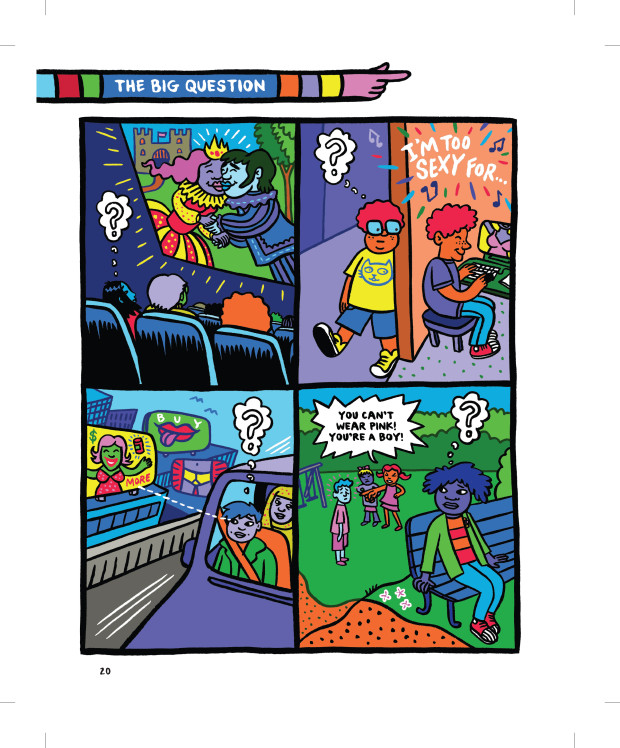 MUTHA: One thing I love about the book is that you leave room for different family and cultural values (e.g. different families have different rules about being naked, etc.) Was it hard to strike the right balance between leaving room for other people’s values and expressing your own values?

CORY SILVERBERG: Not at all. This is actually where my own deep-seated inferiority comes in handy. I genuinely don’t think I have the answers here. And as someone who is white and looks like a guy, it’s impossible for me not to be aware of how little any of us have use for someone who looks like me telling people the right way to do anything.

So when I write it’s not hard for me to leave room because I don’t think I know better. The thing I’m good at is creating an environment for communication and doing it in a way that leaves possibilities for everyone to come to the conversation as they are. 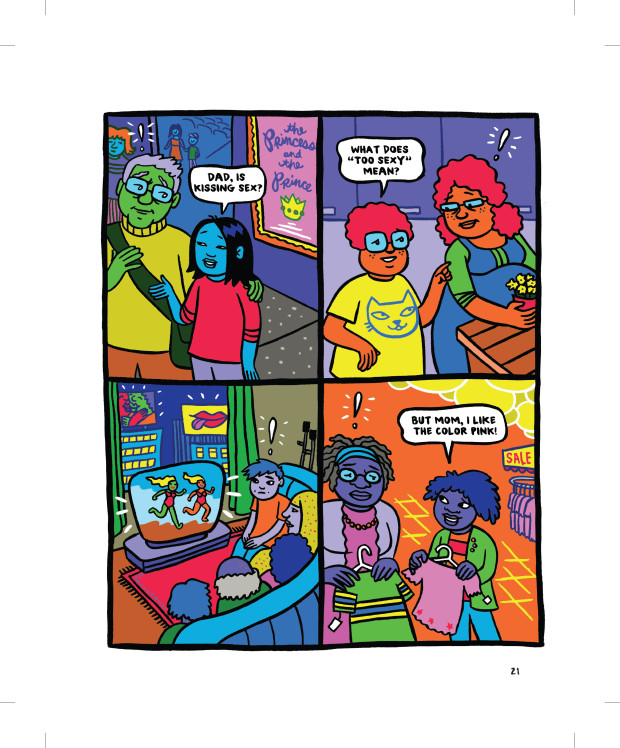 MUTHA: Has the book been used in schools? Do you recommend it for use in schools?

CORY SILVERBERG: It has! I have heard from the health teacher at a private school where they are using the book as a sort of textbook. I know they don’t use it all, and I also know that what they like about it is that each chapter ends with questions and allows the teachers to do their job. I’ve heard from a few teachers in Canada who also use parts of it. Lots of teachers like the illustrations and use the illustrations but sort of talk over the text, which I think is great too. Fiona Smyth’s illustrations are so beautiful and also so genuinely inclusive (which is to say, there’s no tokenism in them) and that is often hard to find.

Also, our section on genitals provides a way to talk about all our body parts that is inclusive of bodies we usually leave out; I’m thinking of trans bodies, bodies that get labeled Intersex, disabled bodies, fat bodies, and of course because of the way Fiona draws, there’s a kind of ethnic and racial diversity that is hard to find in most sex education, for any age.

All of which is to say, yes I do recommend it for schools.

MUTHA: What kinds of responses have you gotten from kids and adults who have read the book? Any funny anecdotes?

CORY SILVERBERG: The responses have been great. A typical story I hear from parents is that they buy the book, read it on their own, and then leave it somewhere with the idea that they’ll sit down with their kid and talk about it or read some together. But before they get a chance to do that, their kid picks it up and reads it cover to cover in one sitting (which is especially complimentary when you consider that the book is 160 pages).

Then they’ll ask their kid about it. What’s funny to me is that usually the kid will say one random thing they learned, and then walk away. Actually in several of these stories it’s the same fact, buried on page sixty, which is that some bodies have one nipple, most have two, but some can have three or more! Usually there are follow-up conversations, and that’s where the important sex education happens in conversation.

Also I’ve heard from more than one family that as a family they have gone through the body parts pages and played a game where they each identify which bum is their own (the book has pictures of lots of different kinds of bums). That I think is adorable. 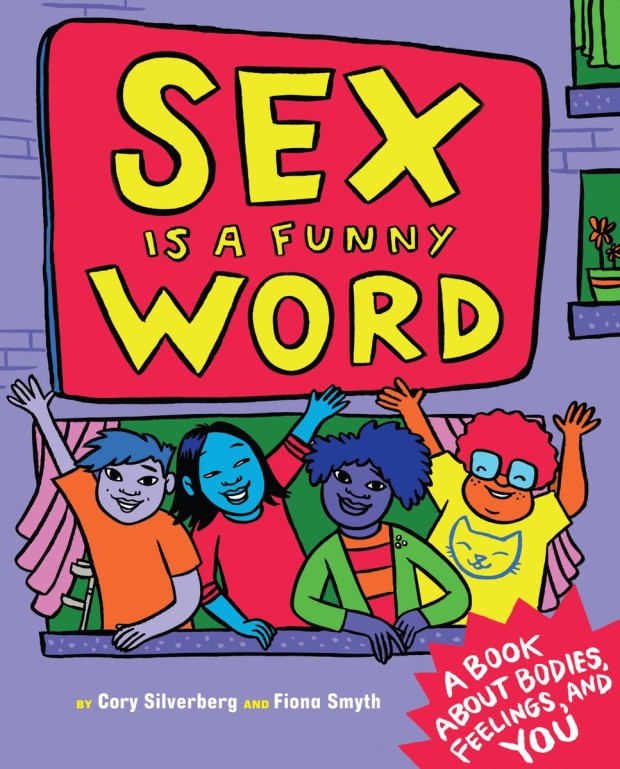 Tags: Books, Comics, Cory Silverberg, Fiona Smyth, genderqueer friendly sex ed book, how do I answer my kids questions about sex?, how do I teach my kids about sex?, illustration, lgbtq parenting, puberty, Rachel Aimee, sex, sex ed, trans, trans friendly kids book, what to give your kid to learn about sex, what to read with your child about sex 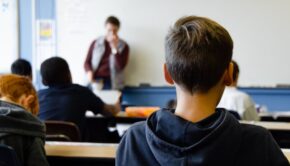 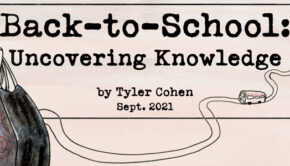 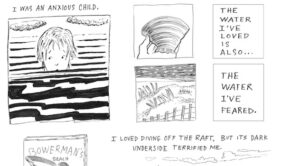 2 Responses to SEX IS A FUNNY WORD: Cory Silverberg Talks to Rachel Aimee About Talking to Kids About SEX!