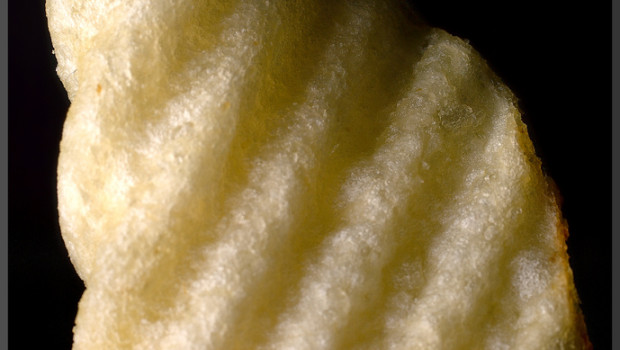 I overreact when something goes wrong with my food. First, I am filled with intense rage, followed immediately by despair. My husband saw this early in our relationship, when the burrito that I ordered, without salsa, was delivered with salsa. I whipped a shoe across our living room and then started sobbing. He was like, “Uh, what the hell?”

When I was young, my grandmother literally couldn’t accept my dry sandwich requests. I remember watching her one afternoon as she was preparing lunch. I started to panic when I saw the open jar of mayonnaise on the counter and the butter knife in her hand. My eyes brimmed with tears and I managed to squeak out my protest. At first she just stood there, somewhat baffled. Then she practically yelled, “What do you mean, just ham? You can’t have a dry sandwich!” And as I sat at her table eating a ham and butter sandwich, I wondered what was wrong with me.

Unlike Grandma, my mother adhered to my picky eating demands. By necessity, she developed and perfected the art of ordering a Burger King chicken sandwich for me. The phrasing was exact, so as to avoid an epic meltdown on my part. After a few times when her request for a “plain” sandwich came with a couple strands of shredded iceberg lettuce or a rogue pickle, she learned to say: “One plain chicken sandwich. No lettuce, no mayo, no nothin’. Just the chicken and the bun.”

My family didn’t have enough money to significantly vary the day-in-and-day-out of our life. And therefore, we didn’t have the means to experiment with flavor. Bland was financially (and emotionally) safe. My inability to get past the soggy, light pink ring that a discarded tomato would leave on the bun meant no sandwich for me. Not because of some principle about wasting food, or being willing to try everything at least once, but because there was no replacing it. Not when it was bought with coins collected from underneath the couch cushions in the first place.

My relative happiness, despite an acute awareness of our dire financial situation, made my mom’s daily efforts seem heroic to me. In place of sufficient resources she smothered us with a constant, fierce love. I consider myself to be pretty resilient, and research says I have my mother to thank for that. It suggests that in order to rise above adversity a person needs at least one adult to provide unconditional love and support. Typically, without that one adult, no amount of drive, grit or determination is enough.

Her ever-present encouragement helped set me on a path to college. Eventually, I accepted a full load of scholarship and student loans and blindly headed off to Vassar. A choice that speaks to the sense of confidence that my mother was so determined to instill in me. The simplicity of my trepidation was as such: They are rich. I am poor. I hope they’re nice to me. I couldn’t have predicted how quickly and completely my confidence would dissolve.

My limited food tastes made me unexpectedly vulnerable. On my first visit to the dining center, I was thrilled to find that amidst the bounty of “fancy” food stations there was a window that offered exactly what I wanted. Most days, I would eat a bowl of white rice and a plain chicken patty for both lunch and dinner. I remember my friend, Ari, being utterly exasperated with me as I sat down for dinner one evening. “Come on, Megan,” he said. “Look at your plate. It’s all one color!” I had no idea why this bothered him. His display of disbelief regarding my eating habits was aggressive and confusing to me. This happened a lot. “You can’t eat this way. You need some vegetables,” my sophisticated, coke-snorting friends would assert. They were relentless with their criticism. They had no understanding (I have to believe) that what I heard them saying was, “There is something wrong with you. You are not good enough. Who you are is not okay.”

The meal that I was eating every day was symbolic of my family, of my background, and it highlighted the disparity between me and my peers. I realized that I didn’t belong there. I had no experiences and I had nothing to offer. I was of no value to my new community. And I assumed that I was alone. Surely, I was the only one who had celebrated her admission to Vassar at Pizza Hut.

And it seemed clear that in order to survive in this environment, I had to reject everything I knew about myself and my former world.  I developed a self-loathing that I masked with intense criticism towards my mom.  All that was formerly heroic was now to be scrutinized. Her sacrifice—It didn’t teach me self care. Her flexibility and lenience—It didn’t teach me boundaries. Her constant praise—It didn’t teach me to defend myself. Her willingness to splurge on Burger King when we found a few extra dollars—It didn’t teach me to budget. And the word is nothing not nothin’.

I held onto this resentment for years, because I had to separate myself in order to keep moving forward. I couldn’t be blindsided like that ever again – so ashamed and so unaware. I had to make her the villain and forge ahead on my own, because she had failed me. I spent more than a decade tortured by the exhausting balancing act of straddling my two worlds. Eventually, I came to a more peaceful self-awareness and began to forgive my mom for things that need not be forgiven.

A few years ago I was out with some friends. This was before any of us ventured into motherhood ourselves. So, what were we doing? Complaining about our mothers, of course. We were righteous in our positions, yet wise enough to know that we were not all fair. Someone shared something she had recently read about motherhood—“Everything you do is right. Everything you do is wrong.” That has stayed with me. Mostly because of its versatility:

It can be true of a single moment—It’s right and wrong, but it’s the best option.

It can be true of different perspectives—It’s right for me but wrong for you.

It can also be true over time. Before I left her home, everything my mom did was right. For the next decade, it was all wrong. Then, I came to a mixed-up simultaneousness that really confused me.

In my new role as mother, I understand the impossibility of her job. We are all just trying to keep our heads above water. What’s best for me, what’s best for my child, what’s best for the world—rarely are those things aligned at any given moment. Everything my mom did was right because it’s the best she could do and because it had a hand in leading me here. To a profoundly satisfied life full of love. I am capable of loving and being loved, and I experience it every single day.

The critiques I developed of my mother and our lifestyle did not simply disappear. I can’t stand when she arrives for a visit with an armful of gifts for my daughter. All I can think about is the January days spent without electricity after she spent the bill money on Christmas presents. While I maintain these complicated feelings, my sense of her strength has returned. But I no longer think she’s heroic just because of her survival and her sacrifice. She’s heroic in the way that many moms are heroic. In their ability to completely understand the unique little needs of their children and to meet those needs, demand them of others on their child’s behalf, and unfailingly (often unknowingly) reaffirm their child’s faith in their ability to do so. Not flawlessly, but unlike anyone else can do it.

As a child, from my anxious perch in the back seat of whatever beater my mom was driving at the time, I listened for those words that encompassed all of this. That perfectly constructed directive that embodied her limitless love and commitment—

“One plain chicken sandwich. No lettuce, no mayo, no nothin’.” As soon as I heard it, all was right in my dry little world.

Megan Kennedy is working on a collection of essays about her evolution as a daughter and mother. She is an elementary school counselor and lives in Brooklyn with her husband and two year old daughter. 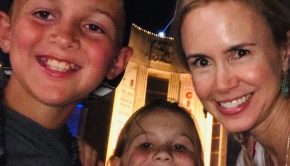 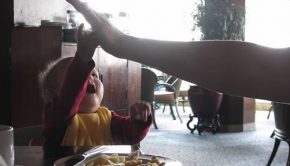 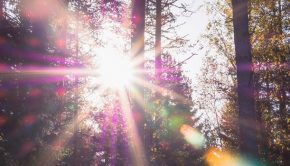 8 Responses to You Can’t Eat This Way: MEGAN KENNEDY on Sacrifice