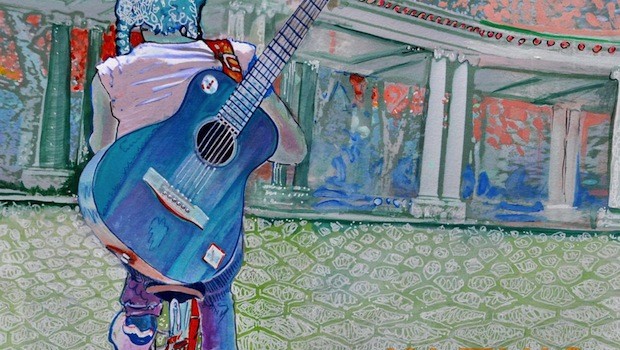 MUTHA Magazine asked Muthas: What’s your fave kid culture picks—your alternatives to Disney, Sesame Street and Raffi? Here’s our list of the underground and unsung… what’s on our shelf, screen and turned-up dial. Add your suggestions in the comments! 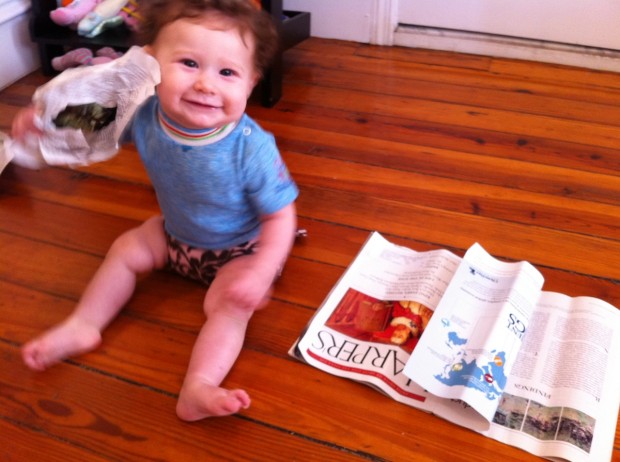 Nikolai Moderbacher’s Nikos Kids—a Brooklyn “funky family folk” group with a new crowd-funded album, In this Moment. We play Niko’s first two CDs constantly—especially The Funkier the Better with its protest anthem “We Are the Kids and We Won’t Go to Sleep” and its parental response “You Get What You Get (And You Don’t Get Upset).” 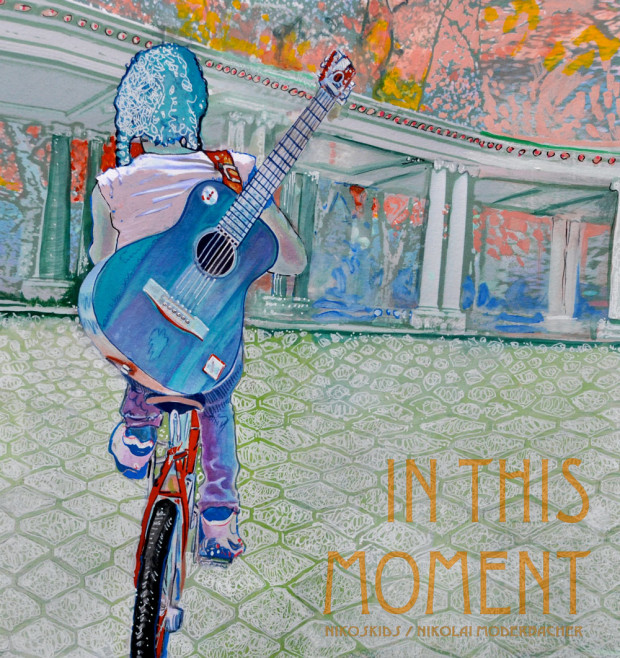 Caspar Babypants—Seattle stars fronted by Chris Ballew, of the ’90s band Presidents of the USA. Starts a solid kiddy alt-rock Pandora station if you punch them in. Before she really formed sentences, Lola was already demanding NO NPR, NO NPR! BABY MUSIC, BAY-BEE MUSIC! And this is what she meant.

Renee & Jeremy—lovely lyrical lullabies like “It’s a big world, baby, and you’re little, for a little while….”

Toon Books publishes indie comics artists and illustrators and their whole catalog is worth checking out. Our absolute favorites are: 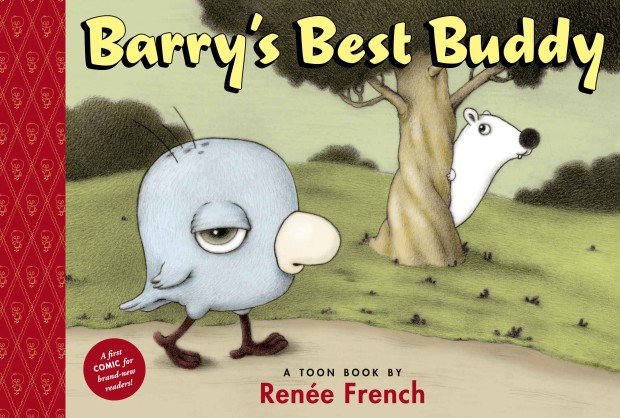 A Trip to the Bottom of the World with Mouse by Frank Viva. When the kid is asking me when something is done/ready/over repeatedly I’ll say “not yet, Mouse” and she will laugh and be (momentarily) patient.

Oh No, George by Chris Haughton, a British import by a graphic designer which opens with the quote “Freedom is fulfilled not by the fulfilling of one’s desire but by the removal of desire… No man is free who is not master of himself.” – Epictetus. And then takes it from there.

If You Want to See a Whale by Julie Fogliano. Gorgeous, gorgeous, a newer release and so worth picking up. 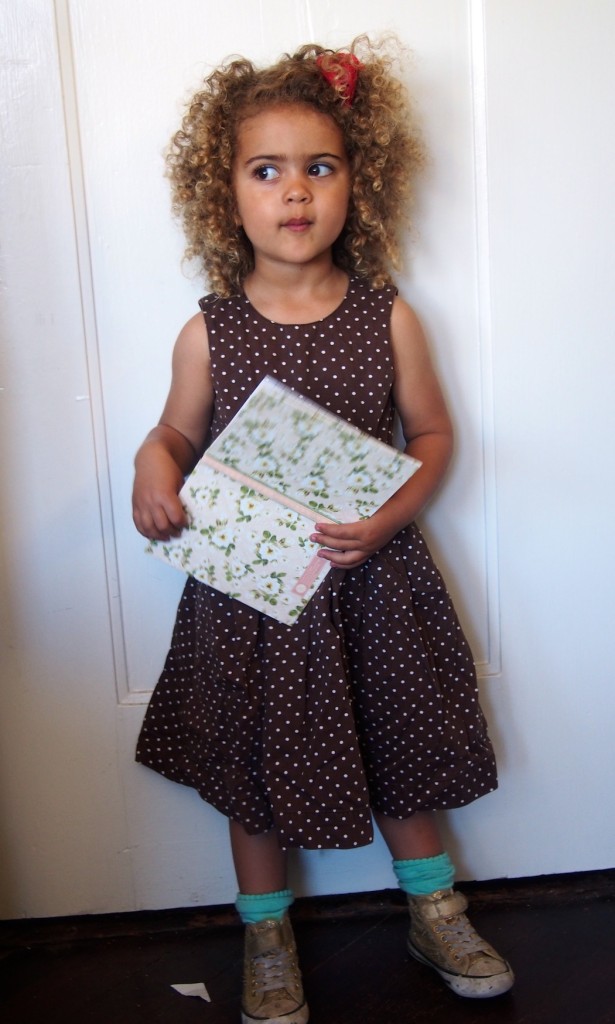 My favorite book to read with my three-year-old right now is Stories 1, 2, 3, 4 by playwright Eugene Ionesco. The drawings are fantastical and strange, so we find something new every time we view them. I love that the stories involve parents who were out too late partying and are tired, but manage to weave incredible stories for their little girl despite the fatigue. That’s not a topic that is often addressed in kids’ books! The stories themselves border on the bizarre, which is a wonderful, mind-expanding shift from the predictable tales children’s books often offer. 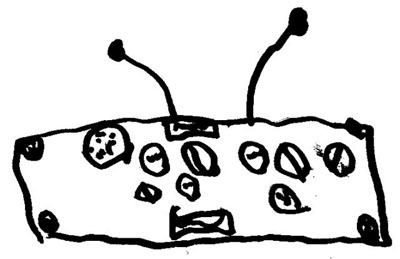 Spare the Rock, Spoil the Child: A weekly kid friendly radio program that started in my area, which has since moved to Austin, but can be heard online and in syndication. It includes parent-friendly kid music and kid-friendly parent music. I would rec a lot of the music/bands they play on the show as well. 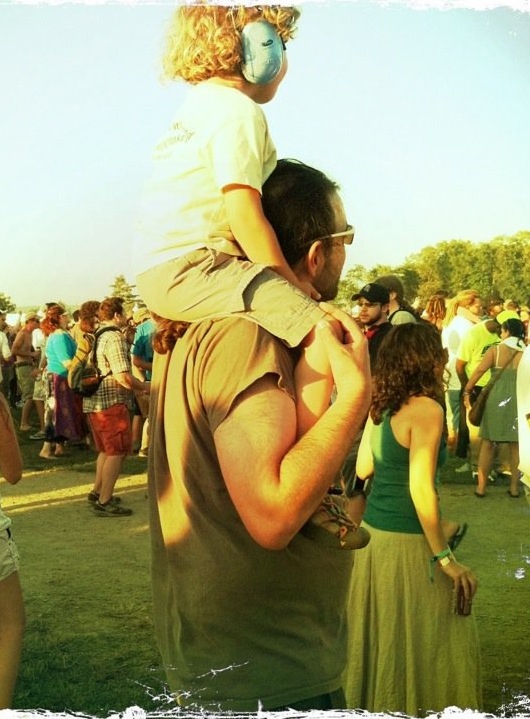 As for TV, Netflix & Hulu are your friend! We love watching all of our favorite shows from the 80s/early 90s with the kiddo: Care Bears, Original Teenage Mutant Ninja Turtles, She-Ra, Rainbow Brite, etc… 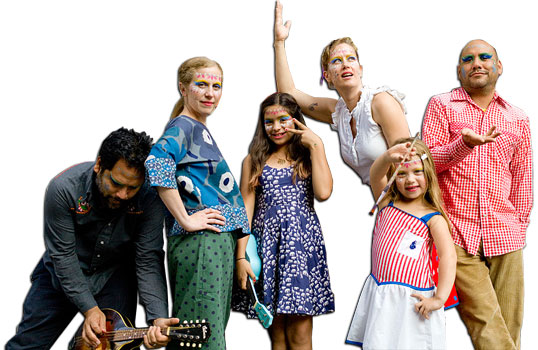 I’m sure lots of folks will mention dreamy Elizabeth Mitchell, whose makeup-free kid-ful videos are lovely. I especially like her remakes of Woodie Guthries classics. Less well-known is Alastair Moock, whose daughter has cancer and who has made a wonderful cd with her that is actually funny. 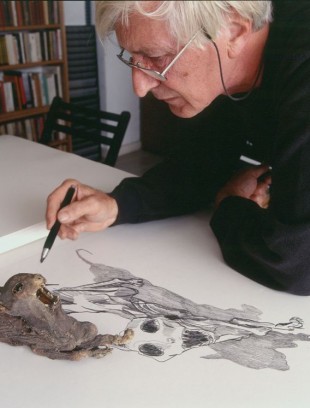 Magic School Bus (Ramona is currently obsessed). Books by James Marshall, Tomi Ungerer and Daniel Pinkwater. The Wings of Life documentary. I like stuff that exposes her to the darker and more complicated side of reality in a fun way.

Also, William Steig. I know he’s very famous, but his books are hilarious and moving, and build vocabulary without flashcards. From Shreck: “The rain sizzled on his hot knob.” 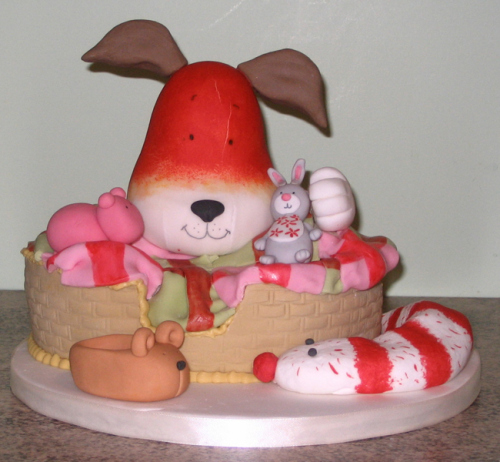 I have a 3 year old daughter, so these are 3-year-old things–

TV: We love the British TV show “Kipper” which is on Netflix. (Unfortunately, she’s also bonkers for My Little Pony now, ugh.)

BOOKS: It’s a gorgeous time for kids books, I do recommend the Elephant and Piggie books by Mo Willems, and Extra Yarn by Mac Barnett, illustrated by Jon Klassen. Oh, the list could go on and on.

MUSIC – I still rely on Elizabeth Mitchell‘s many gorgeous folk albums for kids. Right now we are on a mad tear with the new Mary Poppins 40th anniversary album, which includes all the incidental music. So kids can hear when the carousel takes off and the horses fly away! 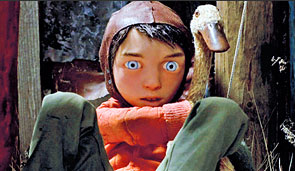 Peter (of Peter and the Wolf), (c) Breakthru Films

My kid loves albums that combine music with story telling—“Peter and the Wolf,” or Pete Seeger’s “Abiyoyo,” or Anna Padgett’s “Little Red Hen.” 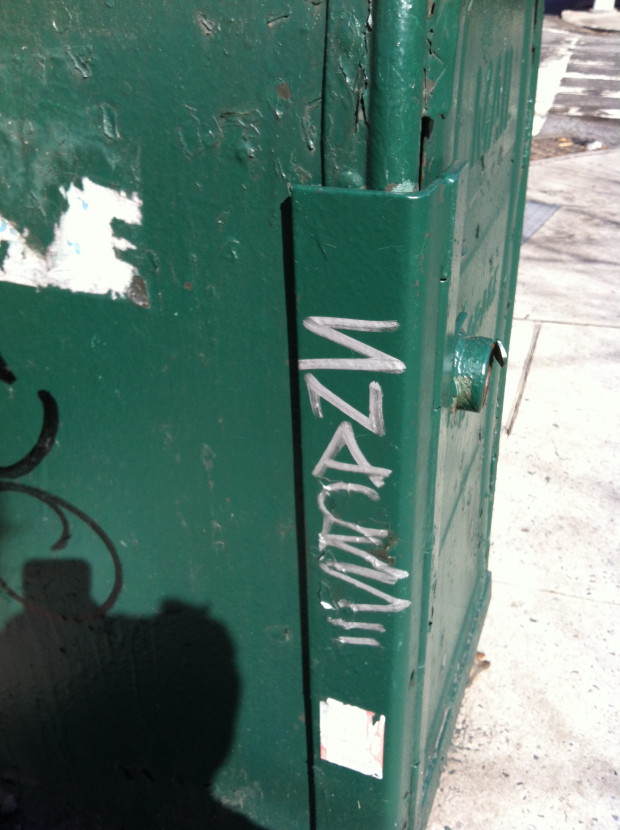 My kids are obsessed with the video series Olive Us, from the Blair family (their mom is the Design Mom blogger Gabrielle Blair)—so sweet. Everyone might also know about this but I also love The Kid Should See This—a great blog of great short videos not made for kids but great for them.

One of our favorite kid books is What Will Hatch? illustrated by my friend (but I’m not biased!) Susie Ghahremani. And we are also obsessed with the chapter books My Father’s Dragon and the Jenny and Cat Club books—not sure if they count as underground. Compared with Disney, yes.

Too much kids’ music is twee, dumbed down, or just plain annoying. We’ve discovered some good alternatives, but perhaps the best is The Deedle Deedle Dees (their founding member was once a roommate of mine). They bill themselves as “America’s Ultimate Teaching Band,” but their songs are far more fun than that implies. Their first album, Freedom in a Box—a classic!—has songs about Nellie Bly, the Underground Railway, Henry Box Brown, a vegetarian T-Rex, Teddy Roosevelt, and Aaron Burr, among others. My favorite may be “Baldy,” about the horse General George Meade rode during the Civil War. Shot some four times, in four separate battles, he was retired and lived to the age of thirty. And so, via the Deedle Deedle Dees’ smart lyrics and wicked sense of humor, you get:

Yo, horses don’t like gettin’ their heads cut off
and hung up in museums so people can look at us
They like battles and bullets and gettin’ shot
I got 14 slugs.. Fitty, how many you got? 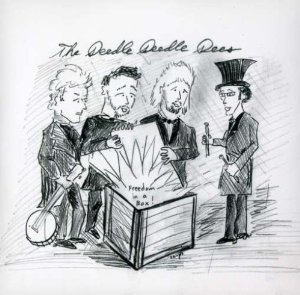 I love the book Benny’s Brigade, illustrated by the very funny and edgy Lisa Hanawalt. 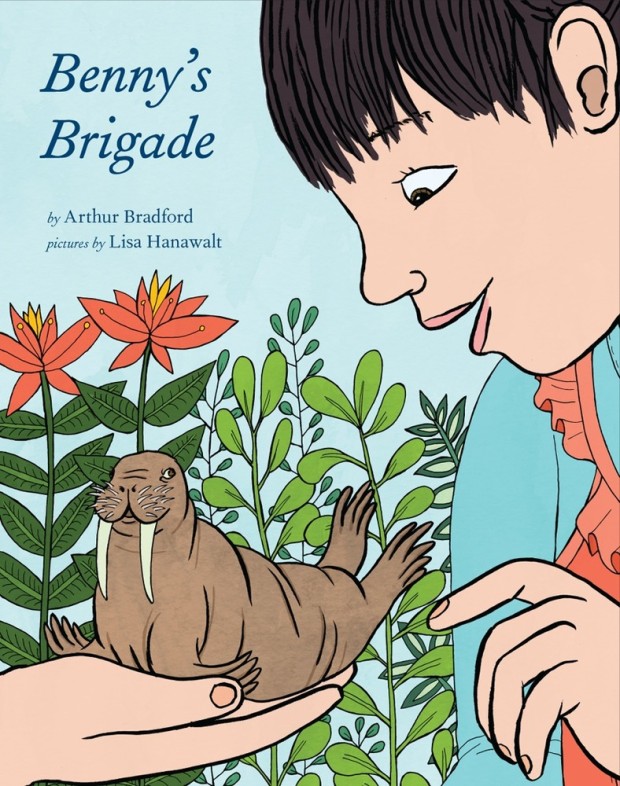 We really love the Kirikou movies. Those are really sweet. And because they are in French, I let her watch them in French. Kirikou and the Sorceress (Kirikou et la Sorcière) is a 1998 animation film, directed by  by Michel Ocelot, which incorporates West African stories. And the sequel, Kirikou et Les Bêtes Sauvages. Followed by Kirikou et Les Hommes et Les Femmes. Also many Japanese animation films have nature and feminist girl characters, and kind thoughtful boy characters. I have put them on for my daughter in Japanese, so she can hear another language, and she enjoys them that way too.

We love Hayao Miyazaki‘s animation films. Some of our favorites are:  My Neighbor Totoro, Kiki’s Delivery Service, and Princess Mononoke. We also love The Wolf Children Ame and Yuki (Ōkami Kodomo no Ame to Yuki) directed by Mamoru Hosoda. This has also been translated into French from Japanese, so if your children are bilingual, or young enough to appreciate films in other languages, there are listening options. 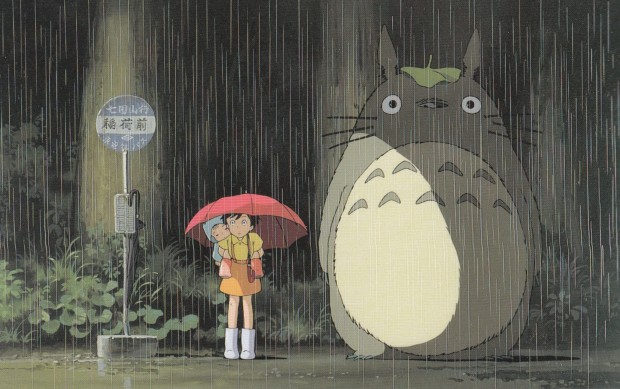 As for books, we are really into traditional stories from Africa, the Caribe and Mexico with beautiful pictures. So, we love El Secreto de la Selva: Una Leyenda Lacandona by Santiago Ruy Sanchez, a Lacandon story about taking care of the jungle. Tales From African Dreamtime retold by Magdalene Sacrani is another book filled with traditional stories from different countries in Africa. There is one beautifully illustrated book, a Taino story, about how the island of Puerto Rico (Boriquén) was formed, but it is in my mother’s house, and we are in Mexico, so I can’t remember the name. Basically two Taino boys find a large squash on a hillside, and inside the squash is the ocean. Eventually the squash breaks open and the land becomes and island. It is so beautiful!

Also many of my own favorite African-American authors have penned some pretty beautiful and empowering children’s books and books of poetry for kids! Bell Hook’s has her well-known Happy to Be Nappy book. This is a classic now, I would say. Nikki Giovanni has a book of poems out for kids Ego-Tripping. And there is also a lovely book of poems by Langston Hughes, Poetry For Young People, which my daughter loves.

We have begun getting into bigger girl stories now. And have recently been reading through Alice’s Adventures in Wonderland & Other Stories by Lewis Carroll. We have the 2010 edition published by Barnes & Noble, which is a beautiful pink hardcover book with many of Carroll’s works accompanied by black and white line drawings. His stories are weird and well written, so I enjoy reading through them as much as my daughter does. Elephants that are bees? Talking flowers? Bring it on! Yes, there were some strange rumors about Carroll, but really the truth is unknown and perhaps he was just a weirdo, but not in a yucky way, but rather in a way that allowed him to have this crazy imagination… 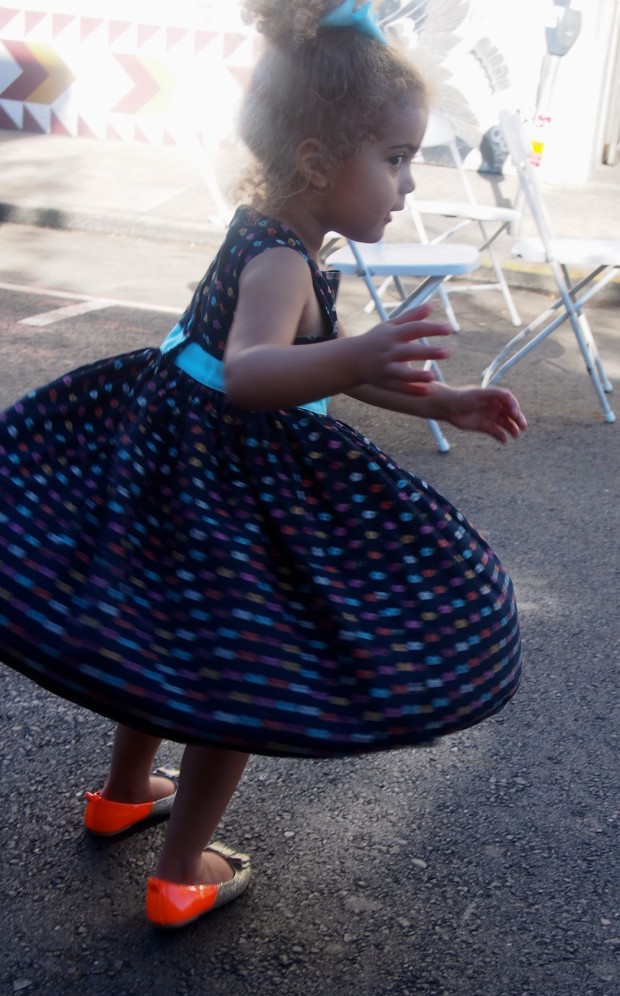 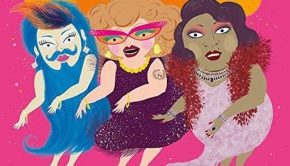 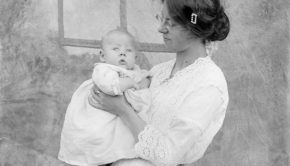 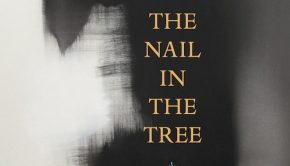 Creating Art Alongside Danger: An Interview with Carol Ann Davis, author of THE NAIL IN THE TREE → 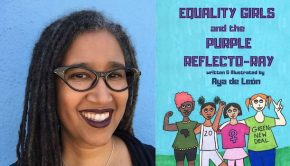